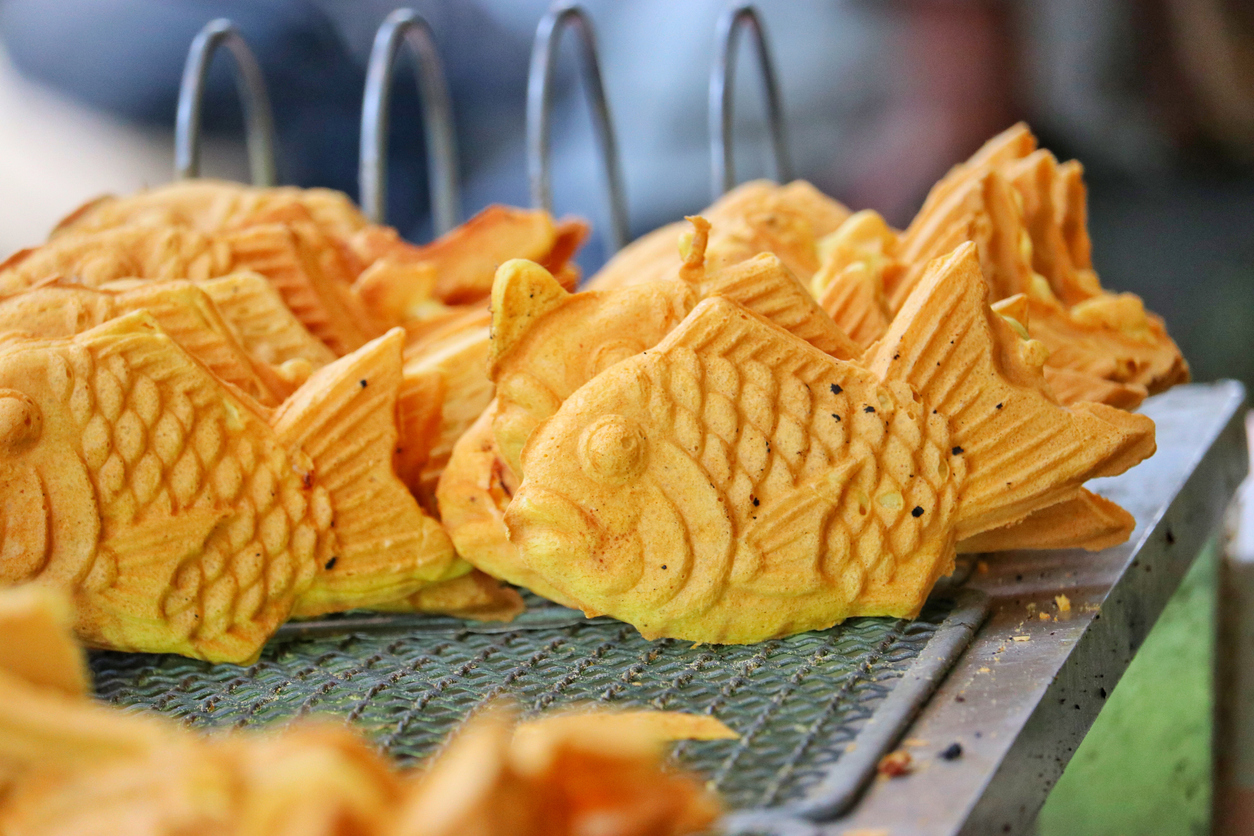 Take a bite out of these Japanese favorites.

Sushi and ramen have already made waves in the culinary world, and you’ll want to try the something authentic while you’re here. Narrowing down this list was difficult, and this just proves that when it comes to eating in Japan, the options are virtually unlimited.

Get those stretchy pants on and let’s go exploring!

Order plates of your favorite raw meats, simmer them in broth in a huge pot in the middle, then dip them in a sauce of your choice. Finish it off with a side of fluffy white rice.

The fundamental difference between the two is that sukiyaki is cooked in a strong-flavored sweet and salty broth, whereas shabu shabu is beef boiled in a transparent, seaweed-based broth. Both are pretty fancy lunches (particularly shabu-shabu) – mostly due of the amount of meat devoured – so keep an eye on your budget.

Check it out:
Sukiyaki is made differently in the Kanto and Kansai regions, with different ingredients and cooking methods, but it can be found practically anywhere in Japan. While the first shabu-shabu restaurant was in Osaka, the country now has a wide range of options, from affordable eateries to Michelin-starred restaurants like Imafuku in Tokyo. 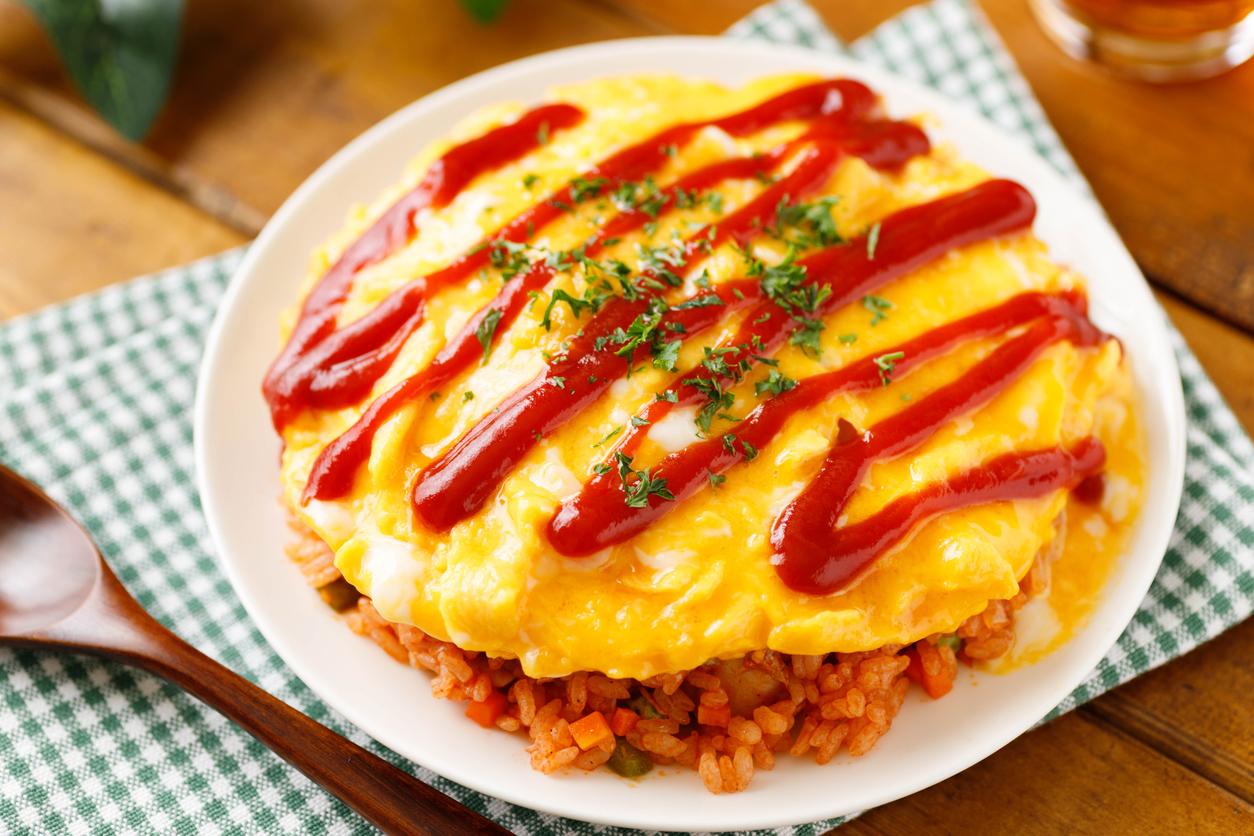 What makes eggs and rice so satisfying? Omurice (a simplified katakana version of “omelette and rice”) is a basic egg omelette loaded with chicken, rice, and veggies and held in a smooth embrace with ketchup.

Despite the fact that omurice is primarily served at home, there are a number of places that serve it or specialize in it. Demi-glace sauce instead of ketchup and Okinawan style with taco rice are two popular versions.

Check it out:
Omurice is a popular breakfast item in classic Japanese cafés and may be found on the menus of most all-rounder restaurants. It’s the kid-friendly version of spaghetti and meatballs. 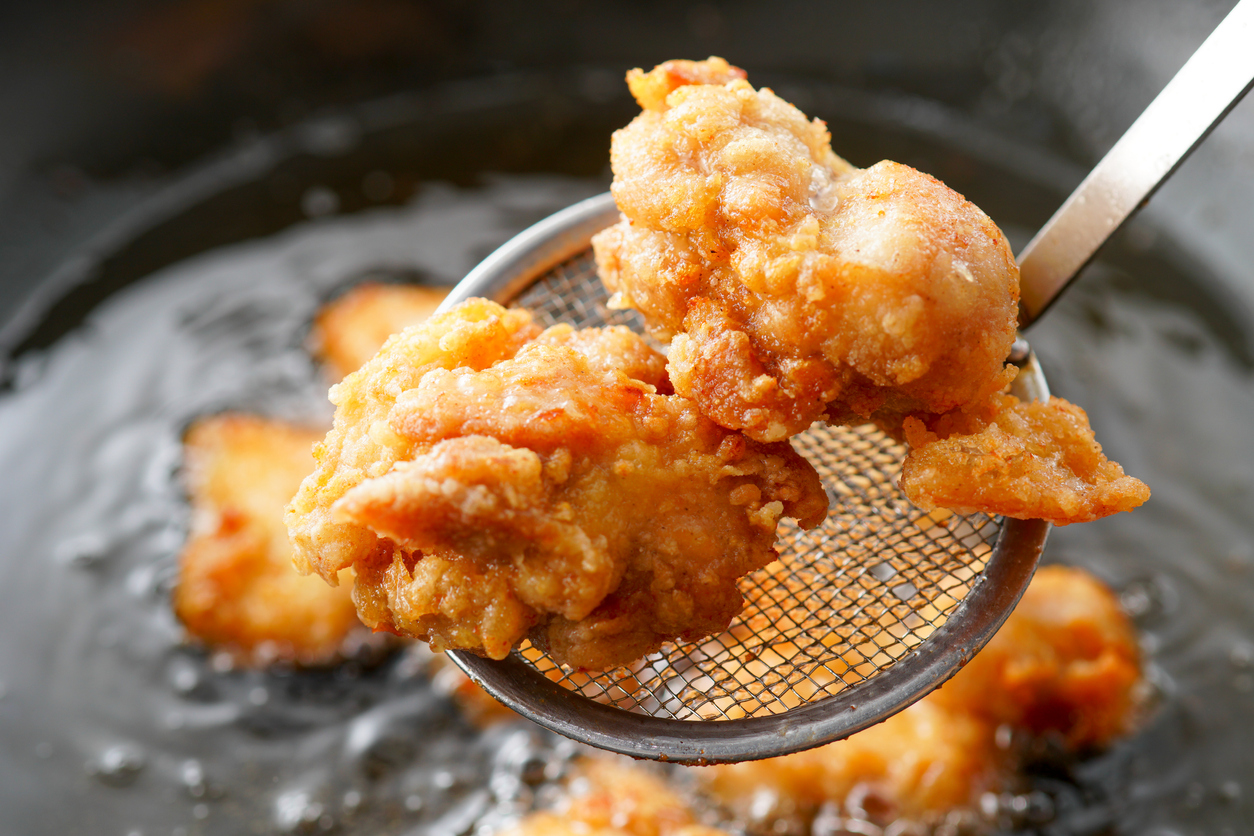 KFC pales in comparison to Japan’s fried chicken. The fundamental recipe, known as tori no karaage, calls for boneless, tender chicken thighs to be marinated in sauce and deep-fried. Even though practically everyone in Japan understands how to prepare it at home, they almost always get it in an izakaya (Japanese pub).

Check it out:
The sunny southern equivalent of karaage is chicken nanban. It’s served with tartar sauce and may be found all around the country, although it’s most well-known in Miyazaki, the dish’s birthplace. 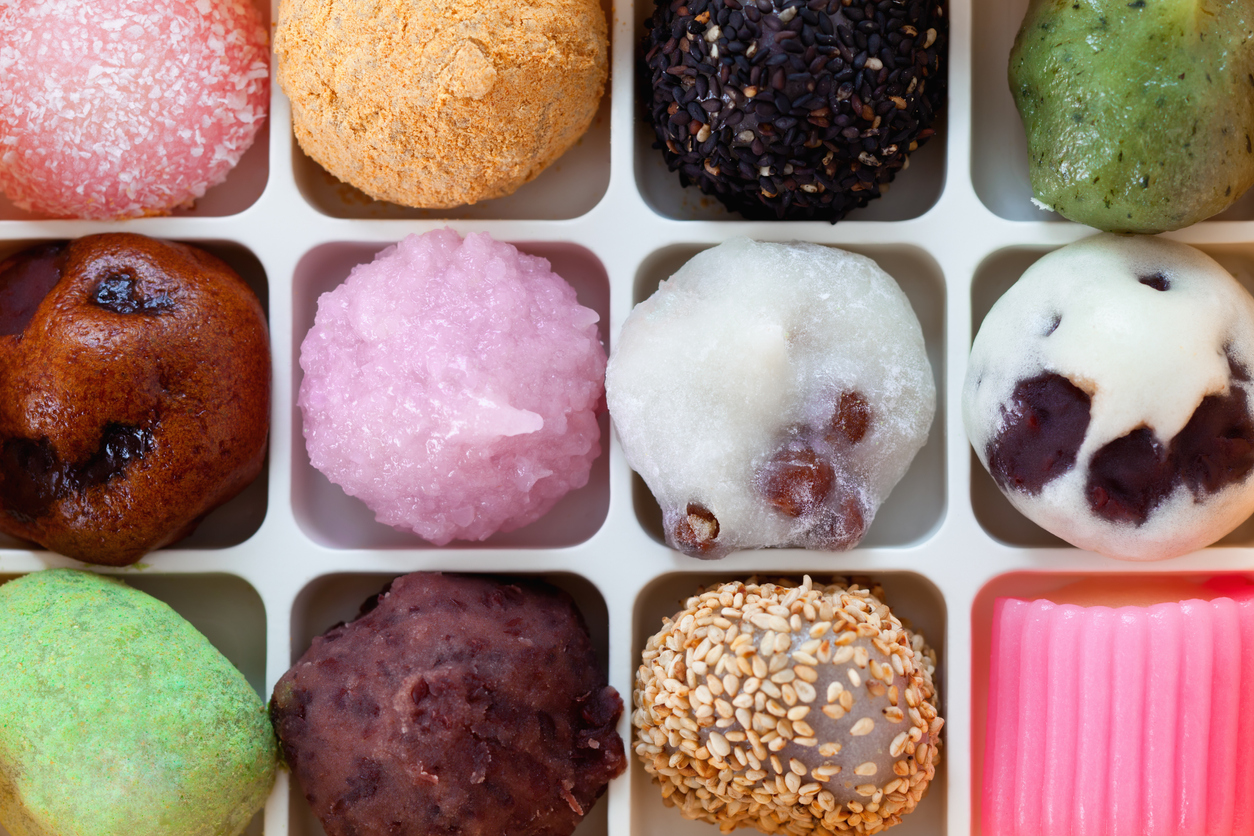 In terms of Japanese cuisine, mochi is about as traditional as it gets. Mochi, which roughly translates as “rice cake,” is formed from glutinous rice that is typically pounded into a sticky texture with a huge and heavy hammer.

Mochi can be eaten in a variety of ways, including in soup, on the grill, packed with anko (sweet red bean), and wrapped in an edible leaf during cherry blossom season. Daifuku is a mochi cake with a sweet filling that is frequently filled inside. These tiny snacks are not just gorgeous to look at (with their pale hues and squishy texture), but they’re also one of the most delectable mochi varieties.

Check it out:
You must try strawberry-stuffed daifuku if you want the best of the best. For assured high-quality cuisine, go to a depachika, a food court in the basement of a high-end department store. 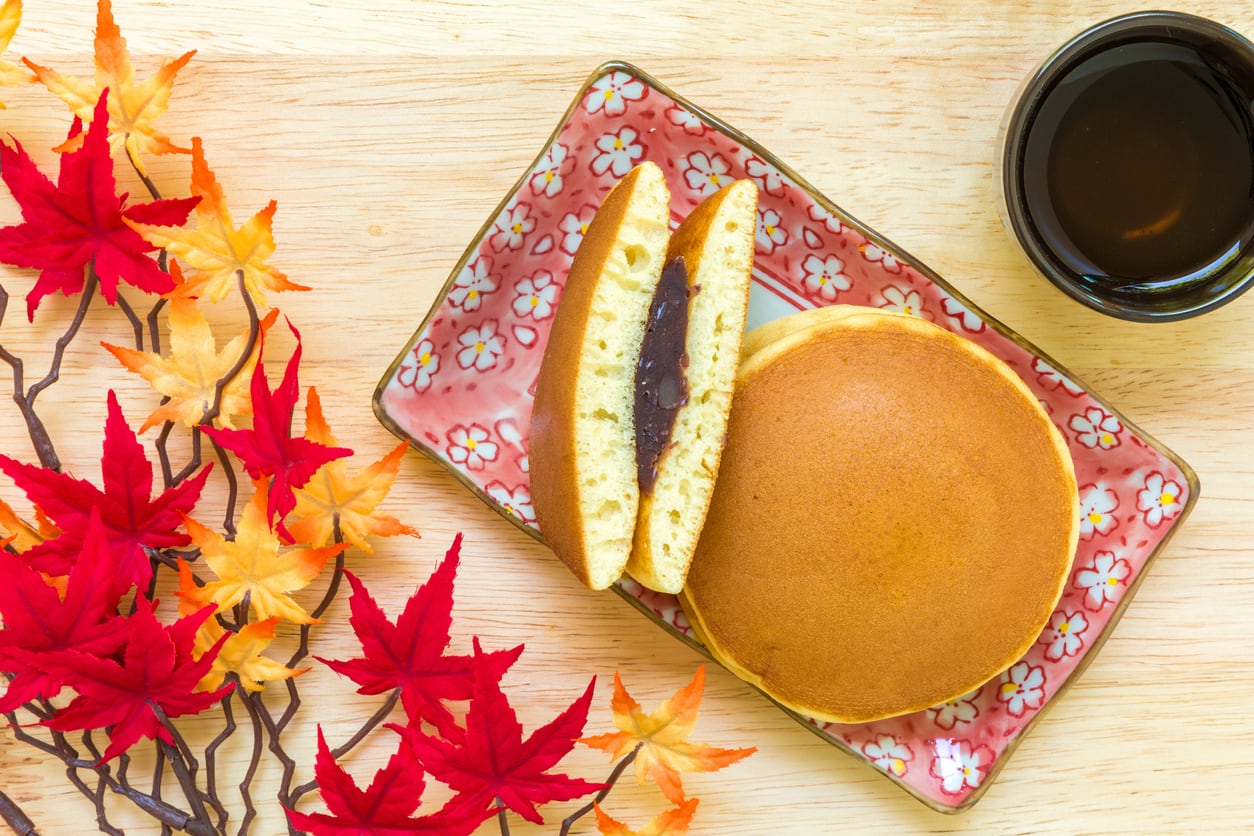 Anko (red bean paste), like many other ingredients used in traditional Japanese sweets, isn’t particularly sweet, and its texture might be off-putting to foreigners. If you can get past your initial concerns, you’ll discover a whole new universe of related treats to enjoy. Take, for example, Doraemon’s name, dorayaki.

Top pastry chefs like Dominique Ansel have praised these little pancakes, which are loaded with pure red bean bliss. Next, how about trying taiyaki? These adorable little fishies are filled with chocolate, custard, and matcha in addition to the customary anko filling. Anmitsu, a famous Japanese dessert composed of agar jelly and topped with anko and loads of fruit, is a favorite of many for an afternoon break or tea time.

Check it out:
You’ll very certainly come across ankoin in some form or another on your travels, from grocery cans to artisan merchants. If you’re in Tokyo, Ginza is a good spot to go if you’re looking for traditional Japanese wagashi (sweets).

Katsudon may not appear to be the most appetizing of foods on the surface, but it is delicious. This is the ultimate Japanese comfort dish, made with a generous helping of rice, onions, deep-fried pork cutlet (tonkatsu), and eggs poured over the top.

Because “katsu” also means “to win,” it has become a habit for Japanese students to eat it the night before a test. Thanks  to the success of the figure-skating anime Yuri on Ice and its main character’s infatuation with the dish, katsudon has recently become more familiar to western viewers.

Check it out:
Tonkatsu restaurants almost always serve a range of katsudon in addition to the traditional tonkatsu dish (the cutlet served with shredded cabbage and a barbecue-style sauce). In Fukui, a sauce-laden katsudon is very popular, but it can be found almost anyplace.

Nagoya’s Miso Katsu Yabaton is a regional specialty. There’s also Katsuya, a popular fast-food franchise where you order with a ticket machine and eat your meal at a counter lined with other businesspeople.

Rest assured, this delectable fish isn’t quite as slippery on your plate as it is when it’s alive. Anago is ideal for those who aren’t major fans of seafood but don’t want to lose out on Japan’s fishy cuisine because its texture and scent are more meat-like than usual shellfish. Anagodon is a dish of grilled eel with a teriyaki sauce served over steaming rice. It’s a good starting point for those who aren’t quite familiar with the taste.

Remember that unagi, anago’s freshwater relative, is endangered, and you should avoid eating it if you are concern about the environment.

Check it out:
The excellent anago dishes of Miyajima in Hiroshima Prefecture are well-known. Anago is also available in most sushi restaurants in Japan. Instead of wasabi, it’s usually served with sweet sauce.

It’s a wonder why delicious and filling onigiri haven’t taken over the world, but you must try one before leaving Japan. It’s found in Japanese lunchboxes, snacks, and late-night meals. The basic rice ball is a simple triangle or ball-shaped mixture of rice and filling. They’re frequently wrapped in seaweed, which gives them a wonderful crunch while being nutritious.

Check it out:
Onigiri may be found in every convenience store in Japan for around 100 yen each. Tuna with mayonnaise and sour umeboshi are two favorites (pickled plum). Onigiri eateries, such as Bongo, specialize in huge, handcrafted rice balls with a variety of fresh ingredients.

Melonpan (also known as “melon bread”) is a sugary, cookie dough-coated bun in the shape of a cantaloupe melon that doesn’t taste anything like a melon. Chocolate chip, caramel, and custard filling are among the many variations available around the country.

Check it out:
Melonpan can be found in a variety of places, from high-end cafes to your neighborhood Seven-Eleven convenience shop. Kagetsudo, located near Asakusa’s old Senso-ji Temple, is known for its giant versions.

Japan prides itself on having four distinct seasons. Take, for example, the cherry blossom season. Everything is sakura-themed from mid-February to the beginning of April. During the early summer, everything is mango and cherry themed.

August is a scorching month. So, a  peach frappuccino will surely help you relax. Celebrating your anniversary with your loved ones?  Fill your stomach with chocolate!

Check it out:
In Japan, there is always “in season” cuisine of some sort. Once the season is gone, it may be over temporarily until the following year, so stock up while you still can!