Home » 16 Japanese Foods to Try and Where to Get Them

It would be a major understatement to claim that Japan is unquestionably a cuisine lover’s dream. There are almost as many varieties on Japanese cuisine as there are Japanese people, from seasonal meals to prefectural specialties.

The only true drawback to eating in Japan is the somewhat overwhelming selection, and possibly your stomach’s capacity. So, where and what should you eat? Here are  some of the must-try foods from the nation’s varied regions to assist you gain some foodie adventure! 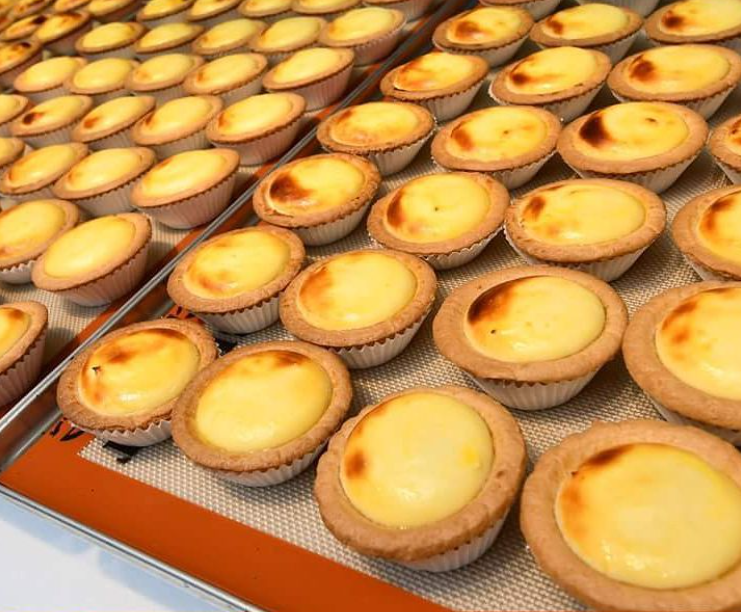 The current cheese tart was created in the chilly city of Sapporo, where it was originally a frozen blueberry and cheese confectionery. The authors unintentionally discovered that the unfrozen form of the tart was more popular one day while working without access to a refrigerator. Because of this, we now have the best tiny happiness pies ever.

Jingisukan, a barbecue-style grilled mutton meal that is also well-liked in China and Thailand, is frequently served with fresh regional vegetables such onions, bell peppers, and leeks.

Due to the Japanese custom of linking sheep with Mongolian troops, the dish’s name is a nod to the Mongolian Emperor, Genghis Khan. Even though the dish’s precise origins are up for debate, Japan is now mostly regarded as being where it originated.

One of the most well-known foods in Japan is ramen. It’s difficult to talk about Hokkaido without mentioning its ramen, despite the fact that every region, prefecture, and even store has its own variation on this renowned dish.

A warm bowl of comforting miso soup with a Sapporo-inspired sweet corn topping is the ideal way to get through the winters up north. Typical Sapporo ramen contains robust, thick noodles that harmonize beautifully with the rich broth. Go to one of Sapporo’s famed ramen alleyways, Ganso Ramen Yokocho or Shin Ramen Yokocho, in the Susukino neighborhood, and pick the eatery with the largest line outside.

“Wanko” refers to the little bowls in which this soba is typically served and signifies bowl in the regional dialect.

Eating wanko-soba requires tremendous dedication. In a traditional wanko-soba restaurant, your devoted server will wait patiently until you have finished your last morsel of soba before replenishing your bowl with further servings of warm, freshly made noodles. When you are through, be sure to cover your dish with its lid.

One bowl is approximately one-fifth of a typical bowl of soba, depending on the restaurant and the chef’s mood. There are several ideas as to how this way of eating soba came to be. The source may be anything, from ravenous festival goers to opportunistic monarchs. What is certain is how enjoyable it is to consume.

This delicacy, which is only accessible from September to the beginning of December, is a must-try for anyone who has the chance to do so while visiting Tohoku.

Harako meshi is a straightforward dish made with melt-in-your-mouth salmon and cod roe that is served on a bed of rice. It is originally from Miyagi and translates directly to “salmon child rice.” Freshly caught and locally sourced salmon is the secret to a delicious harako meshi. This is Japanese cuisine at its most restrained and delicate—understated—statement.

One of the ugliest cuisines in the nation, monjayaki, or “monja” to the natives, may also be one of the tastiest.

This Tokyo meal, a relative of the well-known okonomiyaki, shares many of the same components as the Japanese pancake but has a much runnier consistency.

Using chopsticks to eat this gooey mess is a true test of patience, with a consistency that can only be described as a cross between melted cheese, scrambled eggs, and pancake batter. Using a tiny spatula, monja is typically consumed right from the grill.

Monja is a common ingredient in okonomiyaki, but if you’re looking for something special, head to Tokyo’s Tsukishima district, where there is a whole strip of eateries devoted to this underappreciated dish.

Although it might be a stretch, yaki manju could be viewed as the Japanese equivalent of roasted marshmallows. Both have pleasantly soft centres surrounded by crispy, fire-toasted exteriors.

Yaki manju are steamed dough balls covered in a spicy, salty-sweet miso paste and filled with anko, a red bean paste. Follow the aroma of toasted cinnamon to find yaki manju stands on any given corner in Gunma Prefecture. 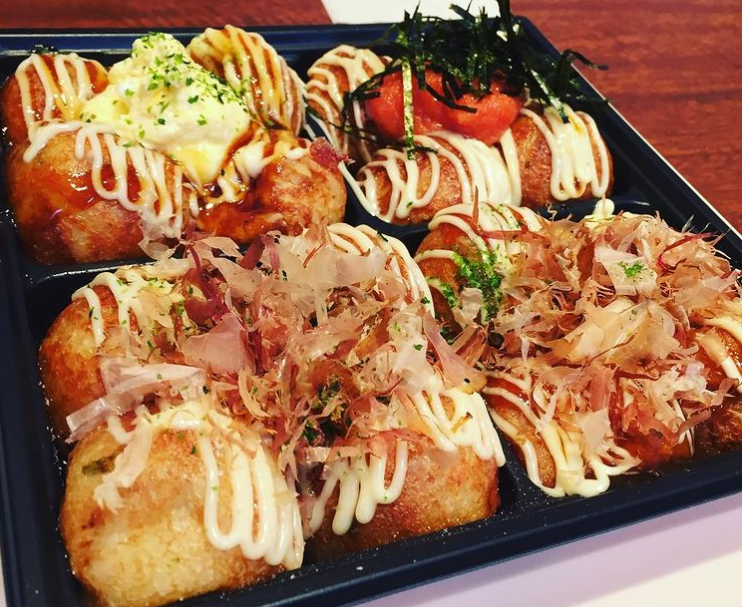 Takoyaki, a favorite in izakayas, are golf ball-sized, doughy sweets typically filled with a single piece of octopus or a delectable mixture of chopped octopus.

They are almost tough to stop eating since they are topped with an unique takoyaki sauce, mayonnaise, and bonito (fish flakes).

In the middle of the 1930s, the booze-loving city of Osaka gave birth to the now-nationally popular takoyaki. Takoyaki are now widely available and may be found practically anyplace, including konbinis, festival stalls, and street vendors. A drink at your neighborhood izakaya would be the ideal way to taste them.

Although technically not a tofu product, yuba is the skin that forms when soy milk is boiled in a pan. It is sometimes referred to as “tofu skin.”

There are several ways to create – and more crucially, eat – yuba. It can be silky-smooth, dry and crunchy, chewy and rubbery, by itself or as part of an udon dish.

Visit the lovely Nikko to experience yuba in all of its varieties. One popular suggestion is  yaki yuba manju, a fried sweet bean cake wrapped in yuba, at one of the shops outside Tobu-Nikko train station, or yuba-topped soba in any of the eateries up the famed Shinkyo bridge.

Due to the current pancake boom, many types of pancake restaurants can be found all throughout Japan due to the country’s fondness for pancakes. However, okonomiyaki will always be the original.

This wonderfully adaptable and unquestionably delicious delicacy, known across the world as a Japanese pancake, was created in the legendary city of Hiroshima. Okonomiyaki, one of Japan’s most adaptable cuisines, is made with a combination of eggs, cheese, flour, and contents customized to your liking, such as beef, pig, or seafood.

When cooking okonomiyaki yourself, don’t be afraid; it takes practice to master the art of flipping pancakes with confidence and grace.

There are even taxi services offering specialized udon excursions since Kagawa Prefecture residents adore these chewy flat-sided noodles so much! Each driver has earned their certification as an expert in udon by passing written and practical exams. Take an udon ride to one (or more) of the 800 specialty eateries spread out throughout the prefecture. Sanuki udon comes in a wide range of flavors; try it with a spicy or flavorful soup, topped with tempura, or eaten by itself.

Shoyu mame can be your entry point into the world of bean appreciation if you want to taste Japan’s love of soy and beans but find natto a little hard to stomach.

Shoyu mame is a traditional sugar, soy sauce, and paprika-based stewed bean dish that is typically consumed in celebration or as a sign of a successful harvest. It is sweet and salty. Traditionally, broad beans were used to make shoyu mame, but nowadays, current variations of the recipe also use peanuts and lupine beans.

One of the most well-liked sweets in Kyushu prefecture is the sweet and silky ikinari dango. Ikinari dango, which roughly translates to “easily made dumplings,” is a traditional Kumamoto dish composed of sweet potato and anko folded into a doughy shell. They’re also simple to consume. as in incredibly simple.

Tonkotsu ramen is a hearty rendition of this famous Japanese cuisine made with pork, and it may be the most popular type of ramen. Pork bones are simmered in a creamy white liquid consisting of bone collagen, fat, and marrow for hours to create the broth. Tonkotsu is made in as many different ways as there are lovers of the dish.

Due to its hearty, thick, ‘soul food-like’ character, tonkotsu, which originated in Kyushu Prefecture, is now loved worldwide. Tonkotsu is a standard ingredient in the majority of ramen shops around Japan due to its unquestionable popularity.

Awamori sake, which is unique to Okinawa, is one of the most consumed beverages there. The clear liquor, which is primarily consumed by locals with water and ice, is made from long grain rice. However, there are now a lot of fresh approaches to enjoying awamori, from cocktails to ume (plum) and coffee-infused concoctions.

Awamori is frequently referred to as “island sake,” however due to its brewing process, it actually resembles shochu more than sake. But the awamori gets more flavorful with age, just like a good red wine.

The ideal method to experience it? Of course, straight from a distillery in Okinawa’s tropical paradise!

This distinctive Okinawa delicacy is known by several names, including sea grapes, green caviar, and caulerpa lentillifera. It’s an intriguing and entertaining nutritious snack that is a form of mildly salted seaweed with tiny bubbles sprouting on its stems.

One of the nicest aspects of eating umi budo is taking pleasure in the “puchi-puchi,” which is Japanese for savouring the pop, pop, pop of the tiny seaweed bubbles, in addition to its nutritional advantages (which include high protein, calcium, and polyunsaturated fatty acid content).