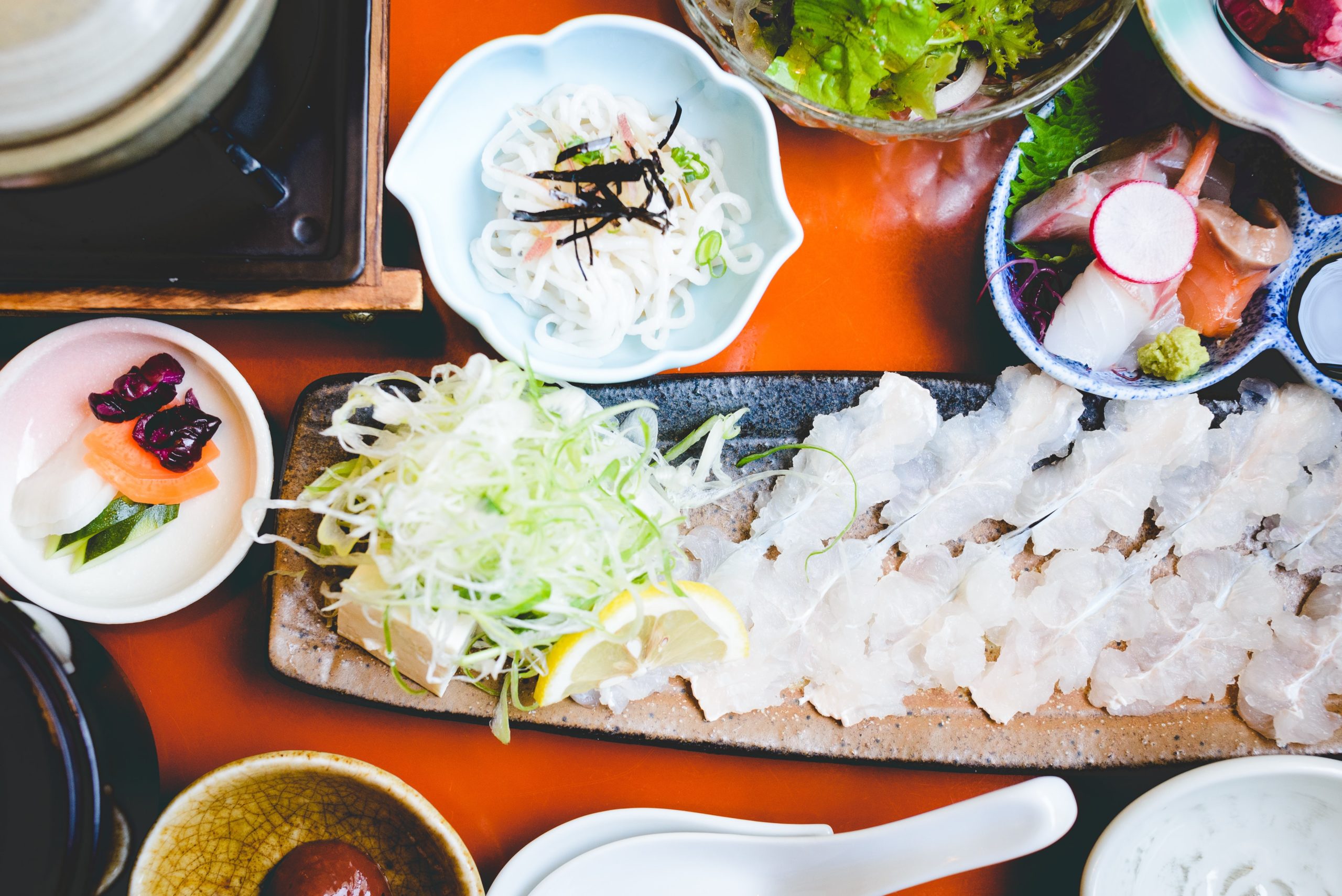 With delicious “konbini,” rare “ekiben,” and subterranean “depachika,” Japan and its distinct cuisine culture will blow your mind — and your senses.

Japan’s distinctive food culture offers an eater’s paradise famed for its transcendental experiences, from gourmet dining to mom-and-pop cafes. Gourmet publications like the Michelin Guide have mined its wonderful territory, which has been explored by culinary legends like Anthony Bourdain.

Japan offers a plethora of friendly, easily accessible culinary centres strategically placed around the country. Stunning entrances to its intricate cuisine that have been elevated to tourist attractions in their own right. These were crucial in introducing the wonderful world of Japanese food.

The governing warlords Oda Nobunaga, Toyotomi Hideyoshi, and Tokugawa Ieyasu, dubbed the “Three Unifiers of Japan” today, expanded their empires across Japan centuries ago. How would these ancient leaders evaluate modern Japan, which appears to have been conquered by the “Three Kings of Convenience”: 7-Eleven, Family Mart, and Lawson — the convenience store companies that account for around 80% of Japan’s 56,400 convenience stores? (according to a 2017 Statistica report).

“… a low-cost, low-risk introduction to the dazzling world of Japanese meals and snacks.”

The incredible quantity of konbini (convenience stores) in this country — virtually on every street corner — provide a low-cost, low-risk way into a dazzling world of Japanese meals and snacks. Which konbini is the most appealing? Is it the egg sandwich from Lawson’s? Fried chicken from Family Mart? Is it the baked cheesecake from 7-Eleven that has won you over? Or are you a ronin (masterless samurai) who serves no one?

Ferocious competition fuels unending culinary developments in the konbini wars. When new items are launched, sales data is sent in real time to headquarters; by the next day, these companies have already determined whether they have a hit. The basic konbini creation is processed tuna mayo onigiri (rice balls). They’re a huge hit.

But beware: many treats are only available for a limited time or are pushed aside by market forces.

On the Mogu Navi konbini product page, konbini enthusiasts can also keep up with the latest releases and rankings (Japanese). If you can’t find a treasured pleasure in these actual convenience stores, you can visit the Don Quijote megastores’ huge food and beverage aisles if one is nearby.

Ekiben is a box of regional pride

“… a delightful window into local home cooking, heightened by the romance of long rail rides.”

Since the 1880s, they have evolved in tandem with train travel. Ekiben hawkers with trays hung around their necks used to frequent the platforms; these traditional-style hawkers may now be seen at only around five stations (Japanese). You might hear their sing-song shouts of “Obent-oo! Obent-oo!” if you’re fortunate.

With the advent of cars and planes, local train station boxed lunch sales have decreased, but ekiben culture continues to captivate diehard enthusiasts. The Ekiben Museum’s (Japanese) website includes ten of the most popular boxes in Japan. Uesugi Tsuyoshi (Japanese), a long-time collector, has a large database of photographs of fine wrapper artwork on his website.

The Ekibenya Matsuri store in Tokyo Station has over 170 items from all across Japan. Its companion branch in Shinjuku station is Ekibenya Itadaki. Annual ekiben fairs are also held, the largest of which are held in Shinjuku, Tokyo’s Keio, Osaka’s Hanshin, and Kumamoto’s Tsuruya department stores.

These extravaganzas — or the introduction of new and improved regional box lunches — spark the kind of hysteria that precedes the release of an iPhone in other nations. The image of generally orderly residents stampeding for lunch sets is a “only-in-Japan” scenario that only adds to my affection for this food-obsessed country.

The best depachika (basement department store food halls) are found in major cities, and they’re generally located near or connected to major train stations, making them an excellent rainy-day distraction. Tobu in Ikebukuro is the city’s largest, while Isetan and Mitsukoshi (in Shinjuku and Ginza, respectively) epitomize high-end splendor.

However,  a favorite is Hankyu store in Umeda, Osaka. There’s often a queue for the Bâton d’or biscuits (available only in Osaka, Kyoto, Kobe, and Fukuoka), a high-end version of the popular chocolate-covered biscuit stick known as Pocky. You can find a  handbook from the Japan Department Stores Association with more regional and branch exclusives.

You can also buy small servings of buns or candies, skewered nibbles, or dishes by the gram to try new foods. Join the crowds for the hottest sweets or fight for a reduced bento half an hour before closing. Feel transported from London to Paris via the stores of renowned Western purveyors such as Harrods and Hediard.

The cuisine you should sample in Japan deserve a guide and an itinerary – the country is a foodie’s paradise. Tabelog, a trusted peer-review restaurant guide, can help you find memorable meals. Gurunavi and Savor Japan both have great information and recommendations. Vegans and vegetarians can check HappyCow. The KyoudoRyouri website lists must-try regional dishes.

Meanwhile, you can continue your journey in locating an unique Japan-only Häagen-Dazs ice cream after scouring six konbini, savoring an ekiben on a speeding bullet train with a side dish of breathtaking landscape, or descending an escalator with your heart fluttering towards another depachika adventure.

Even the most mundane, everyday food outlets are polished to such delectable heights of perfection, which speaks something about this country’s culture — its artistry, sophistication, and attention to detail.