Home » Everything You Need to Know About Ocha: The Delightful World of Japanese Tea

Everything You Need to Know About Ocha: The Delightful World of Japanese Tea 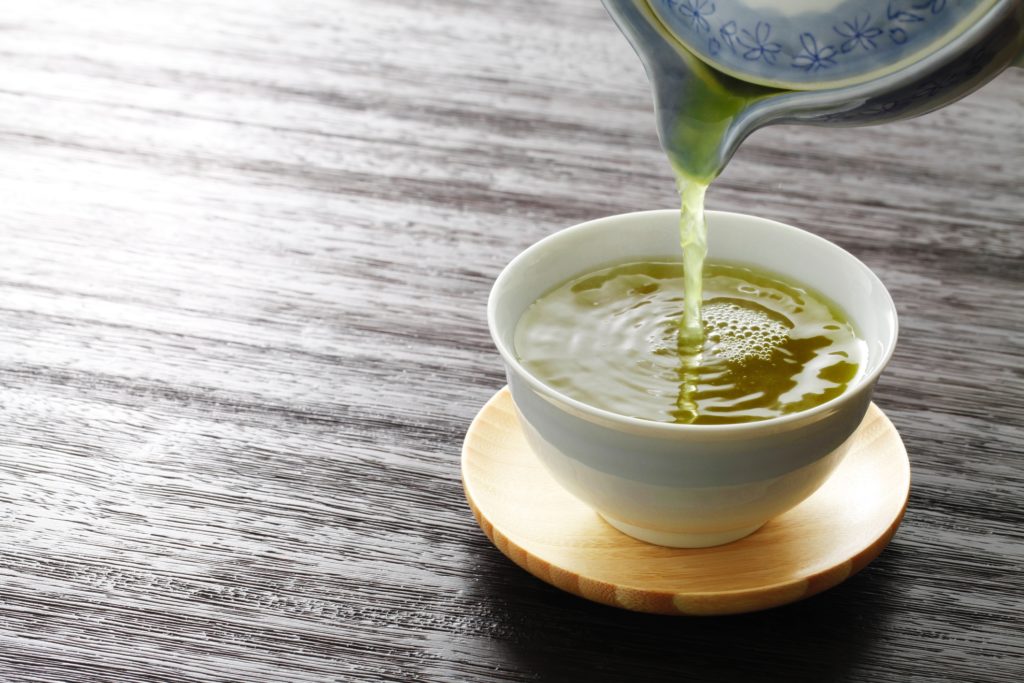 Green tea is closely tied with Japanese culture, whether you drink it hot, cold, bagged, powdered, or loose leaf. Here’s how to appreciate the many distinct styles, from “matcha” to “houjicha.”

Tea is a popular beverage in Japan, and it plays an essential role in the country’s cuisine. Green tea is by far the most popular and consumed variety, with ocha, the Japanese name for tea, virtually entirely referring to the “green” form.

When compared to other types of green tea, such as black, oolong, and Chinese green tea, Japanese green tea is distinguished by the fact that the leaves are steamed quickly after harvesting. This keeps them from oxidizing and guarantees that they keep their natural aroma and vibrant green color.

If you’re new to “green” tea, this page will offer you a brief explanation of this ubiquitous Japanese beverage, as well as examples of some of the most popular types and how to enjoy them. 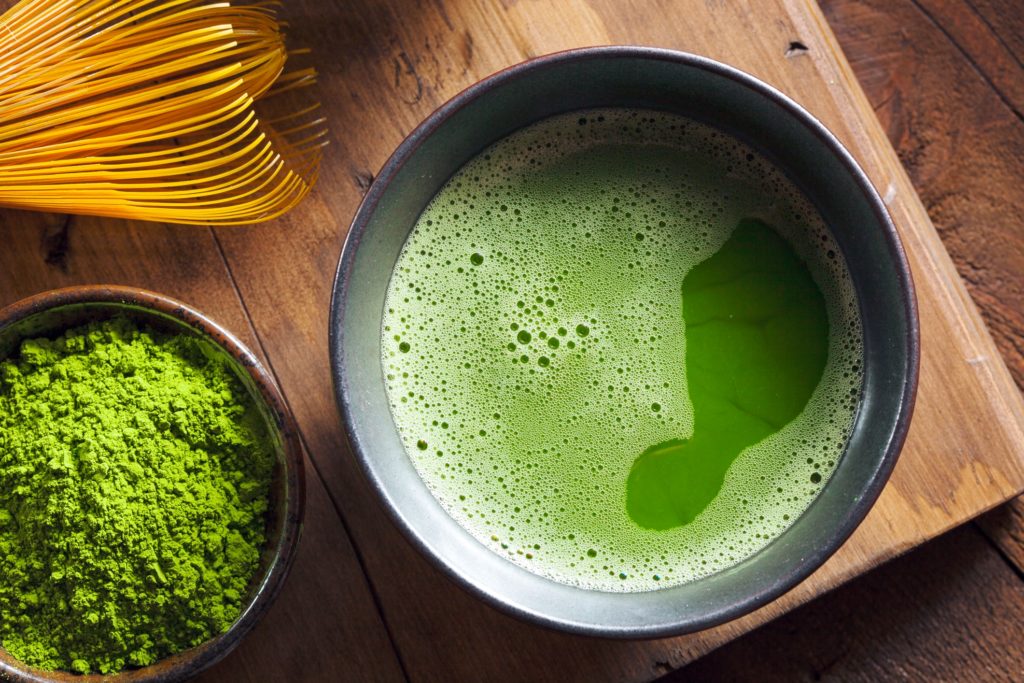 Matcha, which is whisked and frothy, is perhaps the first sort of Japanese tea that comes to mind. It’s a powdered green tea manufactured from only the highest quality tea leaves that’s most famous for being the key element in sadou, or the traditional Japanese tea ritual.

Tea in powdered form is thought to provide more health benefits because all of the nutrients found in the tea leaves are consumed. It also implies that matcha has a higher caffeine concentration than other green teas, however this is offset by a compound called L-theanine. This implies that the effect is milder than that of caffeinated coffee, and it is frequently described as a state of “relaxed alertness.”

To make matcha, combine the powder with hot (but not boiling) water (about 80-85 degrees Celsius/175-185 degrees Fahrenheit) and whisk with a bamboo instrument known as a chasen to achieve the traditional smooth, frothy texture.

Matcha is now used to flavor a wide range of dishes, including ice cream, cake, green tea lattes, and, of course, those famous Kit Kats, in addition to its traditional ceremonial purpose.

Despite matcha’s enduring fame in the cultural vocabulary of all things Japanese, green tea in its non-powdered form is far more common. Green tea is referred to as ryokucha, and it can be classified into several varieties depending on how the leaves were processed and grown.

Sencha is the most common green tea varietal grown in Japan. Sencha tea leaves, unlike matcha and gyokuro, are grown totally in the sun.

Sencha tea is often golden-green in color, with a light, refreshing aroma and a gentle, grassy flavour. It has a slightly higher level of tannin than gyokuro and matcha as a result of its increased exposure to sunshine. The exact flavor, color, and aroma will vary depending on when and where it was harvested. Shizuoka is Japan’s largest sencha producer, accounting for over 40% of the country’s total tea production.

When making sencha, use water that is between 65 and 75 degrees Celsius/149 and 167 degrees Fahrenheit and steep the leaves for about one minute.

Gyokuro is the best quality green tea available, brewed with leaves harvested in the spring during the year’s first harvest. Gyokuro leaves, like those used to manufacture matcha powder, are shielded from the sun for 20 days before being collected. This imparts a characteristic dark green color to the leaves, as well as a sweeter flavor to the finished product than other forms of green tea.

The Uji region of Kyoto is known for its high-quality gyokuro tea farming, and there are numerous chaya (teahouses) in the area where you may learn how to create the ideal cup of cha.

Gyokuro should be brewed at a lower temperature (about 50-60°C/120-140°F) and for a slightly longer steeping period than other types of tea (about 90 seconds). This will keep the sweetness of the tea. The more bitter the flavor, as with all green teas, the hotter the water used to brew it.

Bancha is the lowest grade of green tea, and thus the cheapest. But don’t be put off by this! It’s a popular everyday tea that’s frequently used in tea blends (for example, see genmaicha below). Bancha has a more powerful and astringent flavor than gyokuro and sencha because the leaves are collected later in the year and from lower part of the plant. It also has a lower caffeine content.

To prepare bancha, soak the leaves for 30 seconds in boiling water.

Another popular roasted tea is houjicha, which has distinctive red-brown leaves as a result of being roasted at a high temperature (usually bancha). This technique imparts a rich, roasted aroma to houjicha while also lowering the caffeine and tannin content. As a result, the drink’s caramel color belies its mildness.

Before consuming, houjicha should be steeped in boiling water for about 30 seconds, just like bancha and genmaicha.

Brown rice tea, also known as genmaicha, is a combination of green tea and roasted rice. Bancha tea leaves and unpolished brown rice grains are used in the traditional recipe. This imparts a roasted scent and a nutty flavor to the tea, which may remind you of popcorn. The drink has a light yellow tint and a savory flavor that makes it a favorite food drink.

Use boiling water to make genmaicha and brew for around 30 seconds.

Although the focus of this article has been on tea served hot, most Japanese green tea kinds can also be enjoyed cold. The chilled versions are very popular in the summer, and a simple peek in your local konbini will reveal a large selection of cooled, bottled teas (as you’ve no doubt seen).

The majority of bottled teas in this country are unsweetened and calorie-free, making them a terrific and healthy alternative to the sugary fizzy drinks available. Green tea is the most frequent form — certain variations are produced with both matcha powder and complete tea leaves — but ocha isn’t the only option.

You have chilled jasmine tea (ジャスミン茶), which is suffused with the lovely, calming aroma of jasmine flowers, mugicha (麦茶), or roasted barley tea that is particularly refreshing and popular among locals during the summer months, and oolong tea (ウーロン茶) which has a darker, fuller flavor. For those who prefer roasted tea, cold genmaicha and houjicha are available, while Soukenbicha (爽健美茶), a renowned Coca-Cola tea brand, offers a variety of blended teas with distinct health advantages based on kampo, the Japanese study of traditional Chinese medicine.