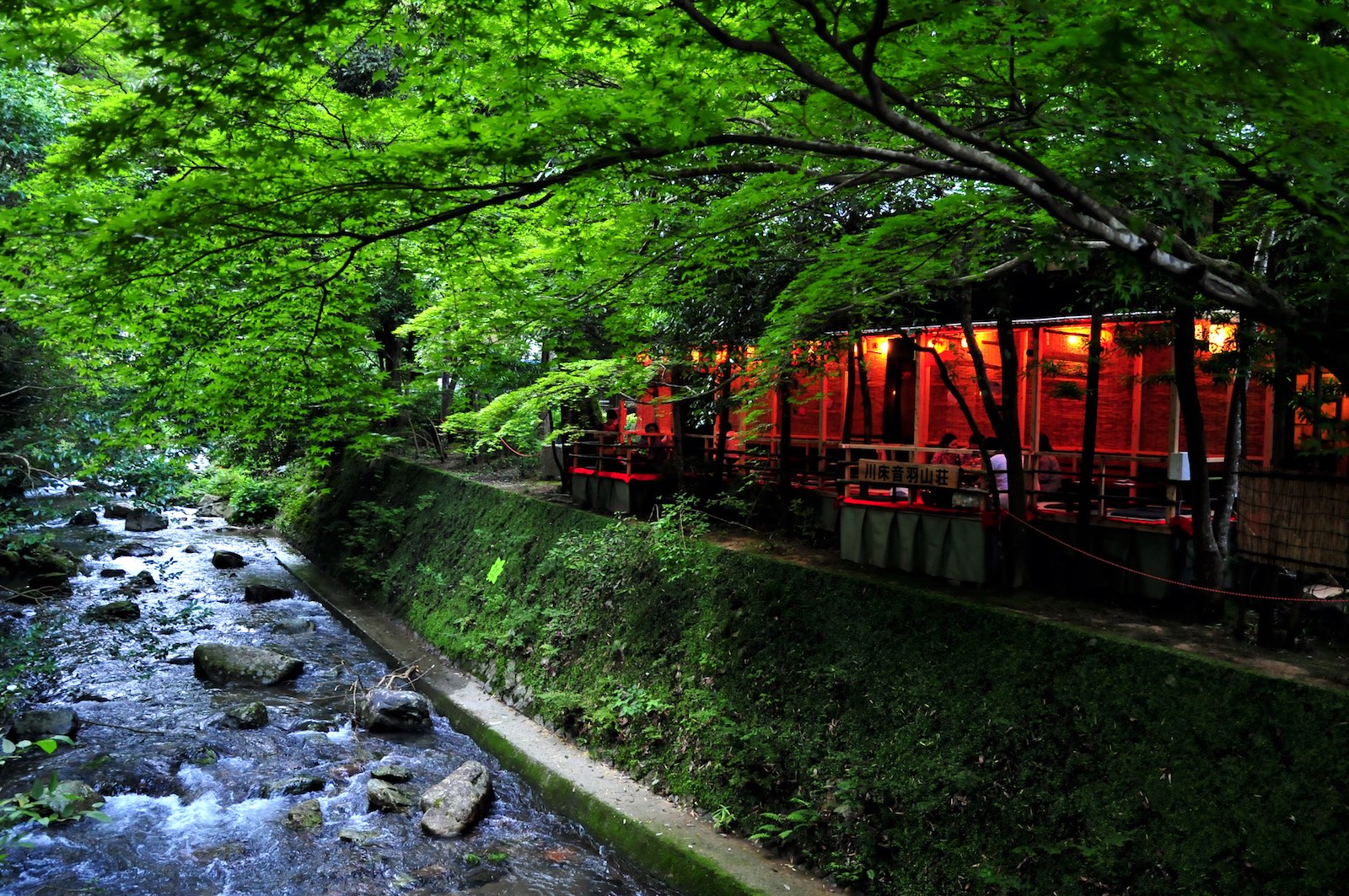 A beautiful natural retreat in the heart of Osaka.

Mino, located just north of Osaka City, is a peaceful and traditional village. It’s the ideal getaway from the congested, drab metropolis because it’s sparsely populated and surrounded by lush greenery. Mino has something for everyone, with a quasi-national park, a quiet onsen resort, and award-winning artisan beer.

Mino Park isn’t quite a national park, but it certainly provides. It’s jam-packed with activities, including hiking routes, historic temples, and a rich range of fauna. Because to its small size, you can visit the park in one day and see everything it has to offer.

Mino Taki Michi, the major hiking trail, is roughly three kilometers (1.8 miles) long and follows the Mino River through a forested valley to the area’s namesake waterfall. The trail is paved, making it a simple hike, but there are other more physically challenging alternatives if that’s more your style. There are lots of vending machines and food kiosks along the way to keep you stocked and hydrated, and you could even see a wild monkey or two.

“Fall is the ideal season to visit, when the maple leaves transform the landscape into a tapestry of crimson and yellow.”

The scenery changes as the seasons pass. In the spring, cherry blossoms bloom on the temple grounds. During the summer, dining verandas with Japanese cuisine are placed over the river, with cool air rising from below to keep the heat at bay. Winter comes blankets of snow, which transform the peaceful environment into a beautiful wonderland.

Fall is the ideal season to visit, though, when the maple leaves transform the landscape into a tapestry of crimson and yellow. Fall is also the best season to try Mino’s signature dish, momiji tempura (deep-fried maple leaves). It’s a lot more delectable than it sounds!

The Mino Taki Michi route connects all of Mino Park’s main attractions. As you hike your way through, keep an eye out for the following:

Mino Falls: The 33-meter (108-foot) tall waterfall is surrounded by lush vegetation and is well worth the trip. The name Mino originates from the fall’s resemblance to winnowing, an ancient farming technique. Mino is the Japanese name for “winnow basket.”

Ryuan-ji Temple: En no Gyoja, the mythical mystic, founded Ryuan-ji Temple, a revered and historic Buddhist temple. The grounds are picturesque, and one of only four statues of the goddess Benzaiten in Japan may be found there.

Mino Park Insectarium: An educational museum containing both living and dead bug exhibits (including fossils). The butterfly garden is a must-see!

Ichijunisai Ueno: It is a Michelin-starred restaurant in Ueno that serves seasonal Japanese cuisine. 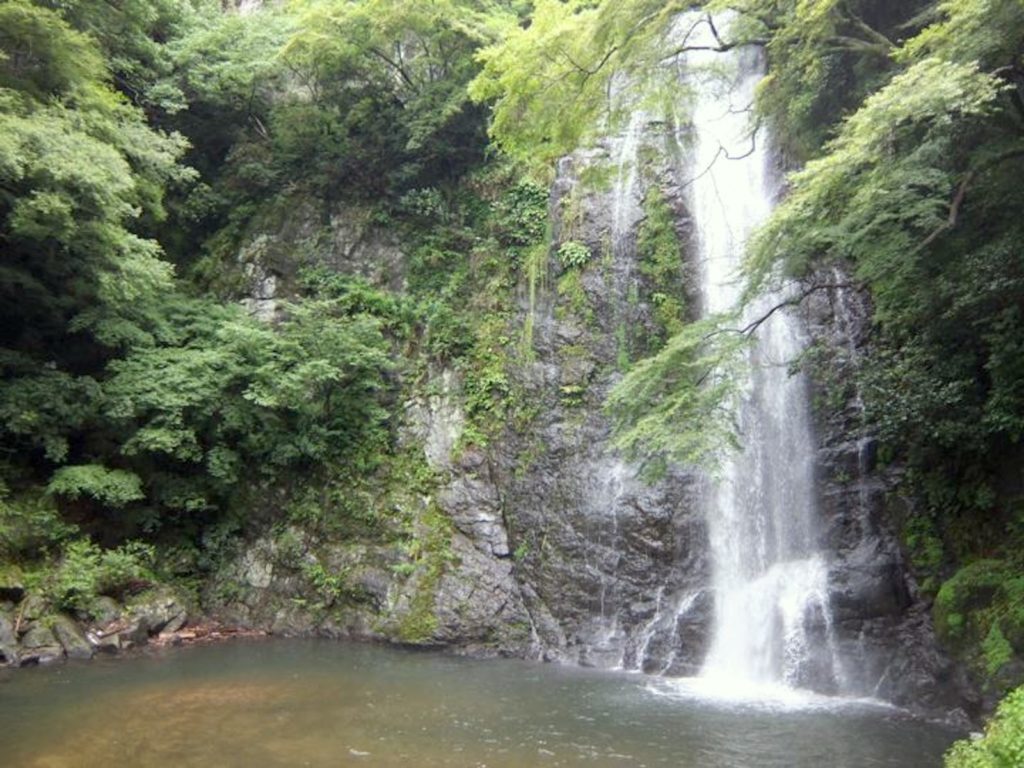 A view from the rooftop onsen

A soak in a hot spring bath is the perfect way to unwind after a trek. The Mino Kanko Hotel & Spa Garden stands tall at the entrance to Mino Park.

For a ticket, the public can use a number of baths. The open-air Sky Bath, which gives panoramic views of the valley as far as Osaka City, is the highlight. The resort offers Japanese and Western-style rooms, as well as one of Japan’s largest buffets and a pool during the summer.

Splurge on a bottle of Minoh Beer

Minoh Beer is an internationally famous craft beer brewed in Osaka Prefecture and served all over the world.

The brewery was created in 1997 by Masaji Oshita, the “godfather” of Japanese beer. It’s run by his three daughters, who employ local ingredients to make the well-known brews, such as Yuzu White, a white ale created with the yuzu citrus fruit.

Minoh Beer is sold everywhere in town, from the time you exit Mino Station through practically every street stall inside and outside the park.

You may also try beers at the Minoh Beer Warehouse, a restaurant and shop where you can sample a range of draught and bottled beers, some of which are special and limited edition. Those who are ready to travel a little further can visit the company’s office as well as the brewery, which has a small bar. You might even be able to have a tour of the microbrewery, which is quite small. The Oshita family’s friendliness and warmth, on the other hand, is not, because hospitality is a quality shared by almost everyone in this charming town.

The unusual Katsuo-ji Temple, as well as Japan’s first Mister Donut, are other Mino attractions.

Interesting Facts
Because of the Japanese spelling / pronunciation, Mino is frequently spelled as Minoh or Minoo.

Directions for Getting There