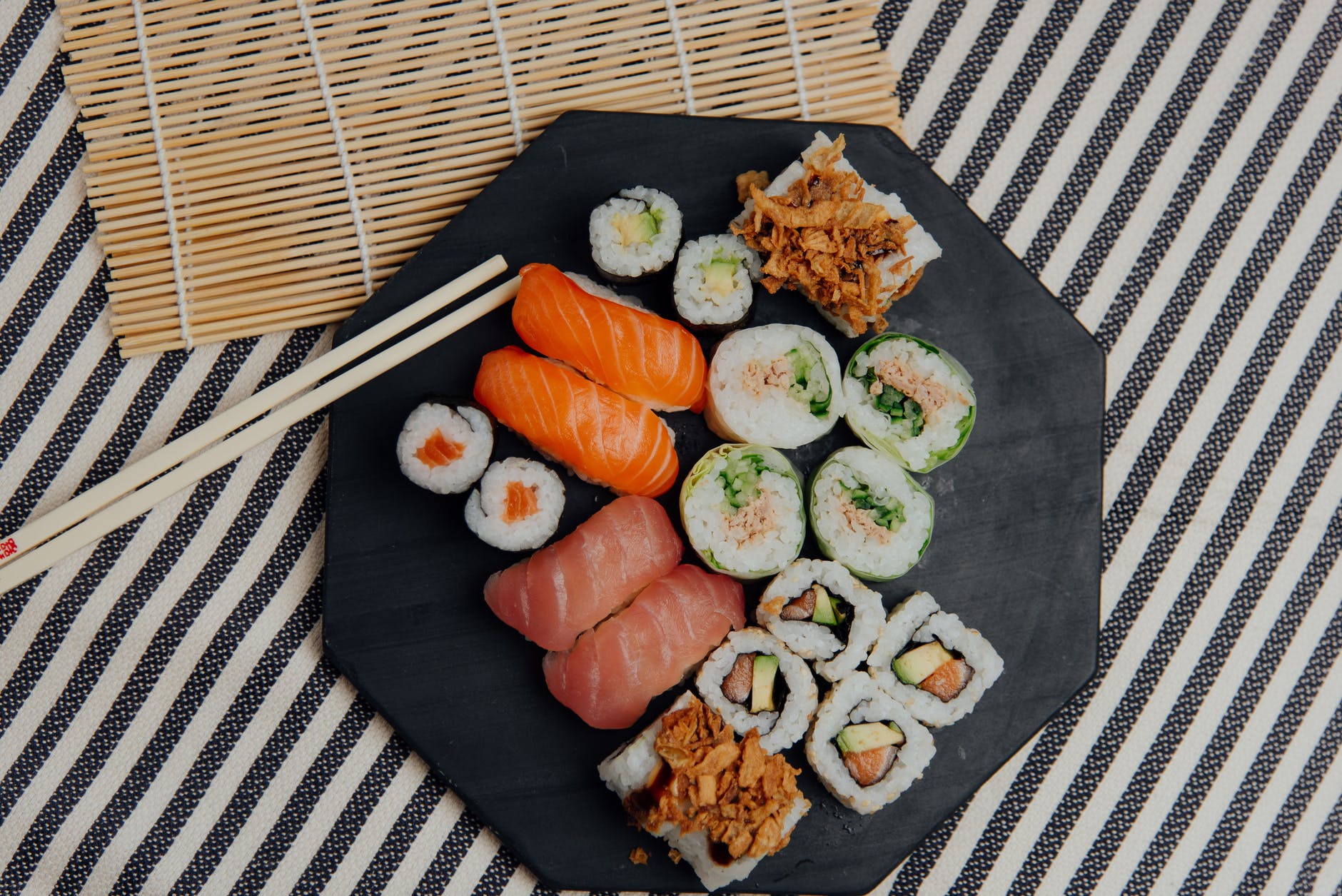 Have you ever heard the words, カリカリ, さくさく or モチモチ in relation to Japanese cuisine?

It’s been argued that Japanese food is a tad bland in the perspective of Asian cuisine. While neighboring countries such as Korea and Thailand are known for their explosive flavors and meals laced with mind-blowing spices, the Japanese are content with delicacies such as ふぐ刺身さしみ (raw puffer fish) and 豆腐とうふ (tofu), which have flavors so delicate that you must learn to appreciate them.

One thing that detractors of Japanese cuisine sometimes ignore is the fact that Japanese people rate food based on a variety of criteria. Sure, 辛からい (spicy hot) food from places like India is uncommon here, but they tend to place a greater emphasis on texture than other cultures, to the point that scientists have spent years studying the consistency of many Japanese foods.

As a general rule, foods are classified as 煮物にもの (simmered, broiled, etc.) 焼き物やきもの (grilled foods), 和あえ物もの  (marinated chopped fish, shellfish, or vegetables), 香こうの物もの (pickled foods), or 酢すの物もの (foods containing vinegar). 揚あげ物もの  (Fried foods) have recently been introduced to the menu. The particular identity of Japanese cuisine comes from the confluence of all of these observable flavors and sensations.

The fried, crunchy snacks 揚げ物 are the first group. These are frequently commended as being “カリカリ !” (“So crispy!”) Because it’s designed to be an onomatopoeia and even sounds like the English word crispy, the term should be easy for English speakers to understand. The crispy texture of spring rolls and gyoza is described by a similar adjective パリパリ. To put it another way, foods that are crispy but not quite to crunchy levels!

You might hear that crunching sound as you bite into the fried food. If you speak the terms さくさく rapidly enough, you’ll understand why this term conjures up images of crunchy, flaky food (as in pastry). The most obvious application is for the sensation of biting into tempura, a Japanese-by-way-of-Portugal dish.

The sensation of eating tempura is remarkably similar to that of eating crumbly, flaky meals like festival-style fish cakes and newly baked bread. As a result,  さくさく is frequently connected with pastries (a prominent brand is サクサクパイ) and even the horrors of the popular but terrifying (crunchy fried grasshoppers サクサクイナゴ). Presumably, the  サクサク is an attempt to make the inedible sound appealing — which is nearly hard when the delicacy is a plate of crunchy bugs!

Another comparable word is, which sounds like your teeth biting into something crunchy is シャキシャキ , and some of the most popular combinations are  シャキシャキキャベツ, レタス and もやし.

Different terminology are used to describe the chewy meals found in  焼き物 and 煮物. If you live in Japan, you might be familiar with the term  ホクホク, which refers to a variety of Osakan delicacies, most notably the famous  たこ焼やき (octopus dumplings).

While 弁当べんとう (bento) fans will be familiar with ホクホク and ホカホカ, the majority of others will not. These two terms have a similar sound and can be easily mixed up. ホクホク   is the texture of food that has just the proper amount of moisture, therefore it’s frequently used to describe stews or potatoes, as well as たこ焼き.

ホカホカ , on the other hand, describes the ideal fluffy texture of steamed foods, and is frequently used to describe rice, steaming sweet potatoes, or Chinese-style  肉にくまん (meat-filled buns).  ホカホカ  is arguably best known as the name of a well-known business named Hoka Hoka Bento, which is based on the phrase ホカホカ弁当 (a hot lunchbox).

The sound of bubbling, scorching, or – more intriguingly — melting food is described by the word じゅわ. The term is frequently used to describe meat that is rich in delicious fluids (meat overflowing with meaty juices).

Finally, シコシコ  is a type that is used to describe noodle and spaghetti. It’s possibly the Japanese equivalent of the Italian term al dente, which refers to the springy texture of perfectly cooked pasta. 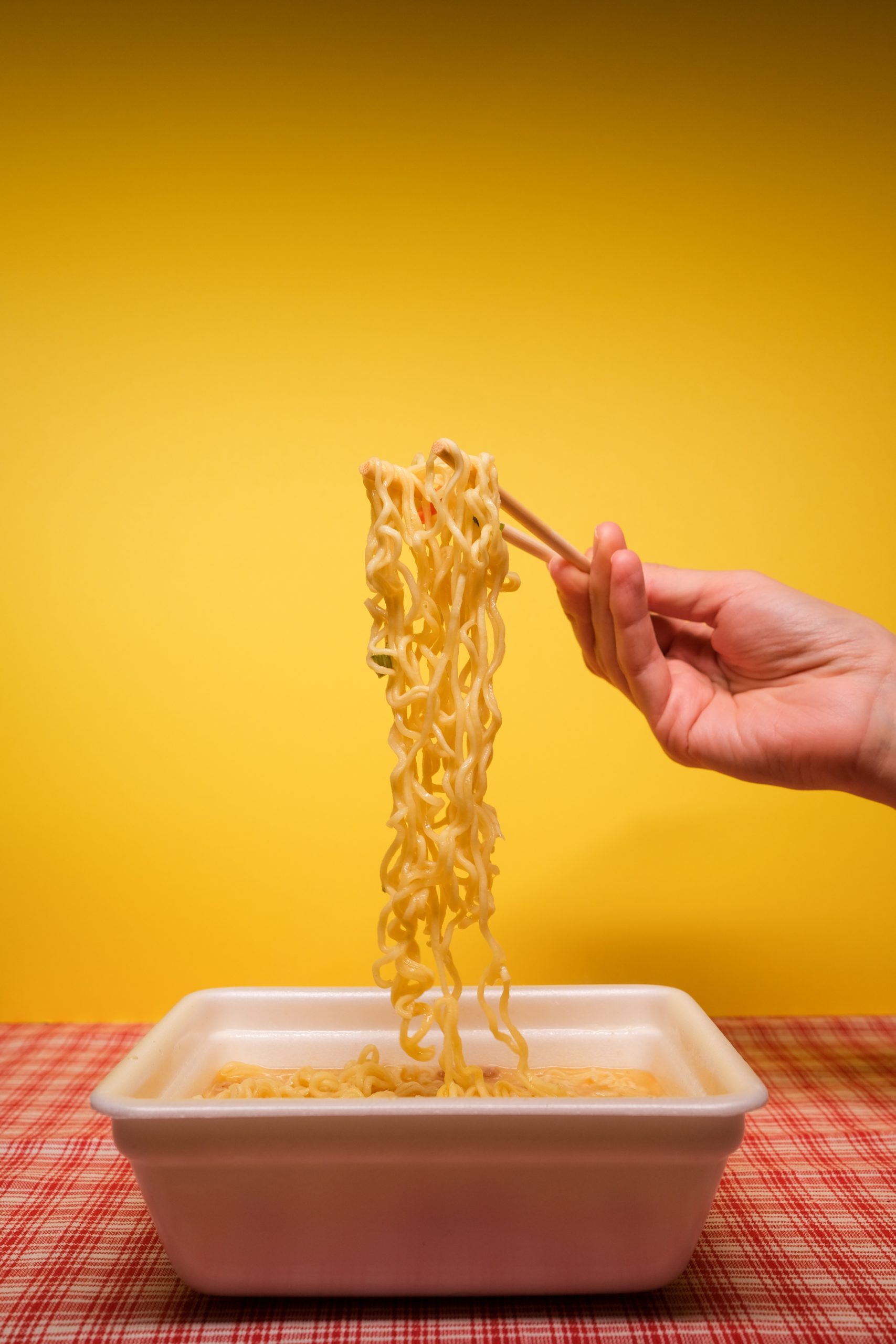 After you’ve finished your main course, you’ll want to try a デザート (dessert) or 甘い物あまいもの (sweet). The most conventional ones are referred to be 和菓子わがし (Japanese-style confectionery),  お菓子おかし (generic sweets), or even 駄菓子だがし (cheap candy that kids like).

Among the words that can be used to describe these foods is モチモチ. The term even sounds like the word もち(sticky rice cake), so it’s no surprise that it’s prevalent in chewy-sounding nouns. It’s best to visualize it by holding a piece of bread or cake with a squidgy, springy texture.

Of course, they aren’t the only things in Japan that need chewing, and Japanese sweets can often be identified as モグモグ(also chewy but more in a sticky sense). The other opposite is フワフワ, describing a sense of soft, fluffy imported food items such as pancakes and related items.

With コリコリ, you’ll usually find more chewy foods. These include ホルモン   (the less expensive pieces of cow or pig offal available at a yakiniku restaurant) and 軟骨なんこつ (cartilage). Vegetarians, on the other hand, might rejoice because it is not just found in meat. Customers who appreciate a crunchy-chewy, almost gritty texture are attracted to the term コリコリ, which is used to promote salads and even fruits.

Of course, while food texture is significant to Japanese people, learners of the language won’t be able to skip through typical food words like,すっぱい, 爽さわやか, とろり and しょっぱい , which have already been discussed in terms of choosing more delicious phrases to describe Japanese food.

Nonetheless, with these expressions in your dictionary, you may be able to finally convey the nearly impossible: the sensation of eating 豆腐 !