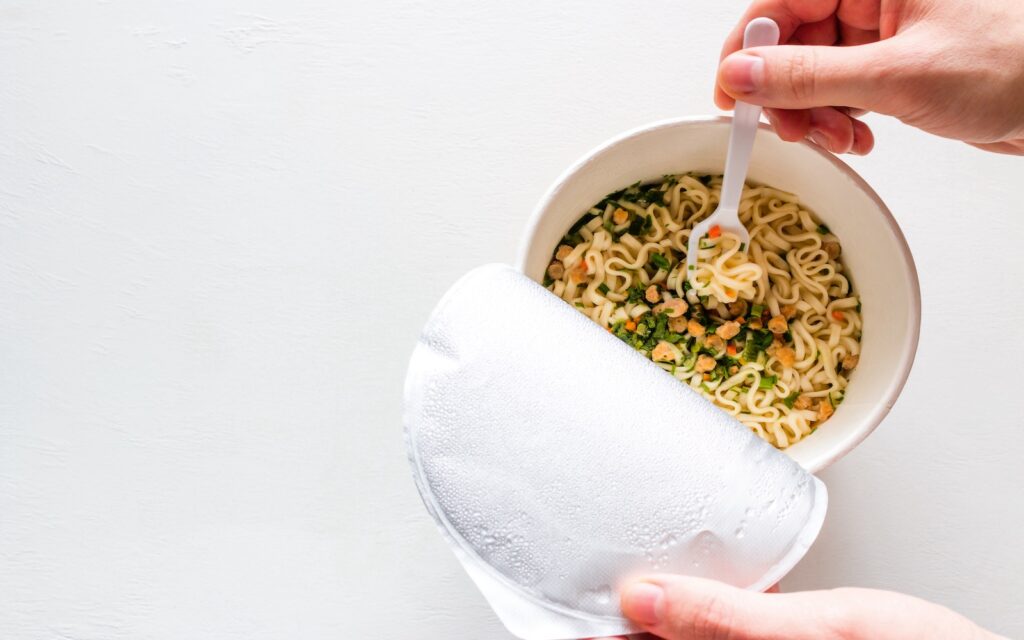 Are you unable to travel within Japan at this time? It’s not an issue! These quality instant noodles are available from well-known ramen eateries.

These five premium Japanese instant ramen are the best on the market right now, bursting with flavor.  While there’s nothing quite like eating ramen in a real ramen shop, these bowls are insanely similar to the real thing.

We’re talking about “premium” instant ramen, which means superior soup, noodles, and toppings (not flash-fried). To get everything as near to the ramen restaurant as possible, a bit extra assembly is required! To put it another way, these instant ramen bowls are a step up from the package or cup-shaped kind! 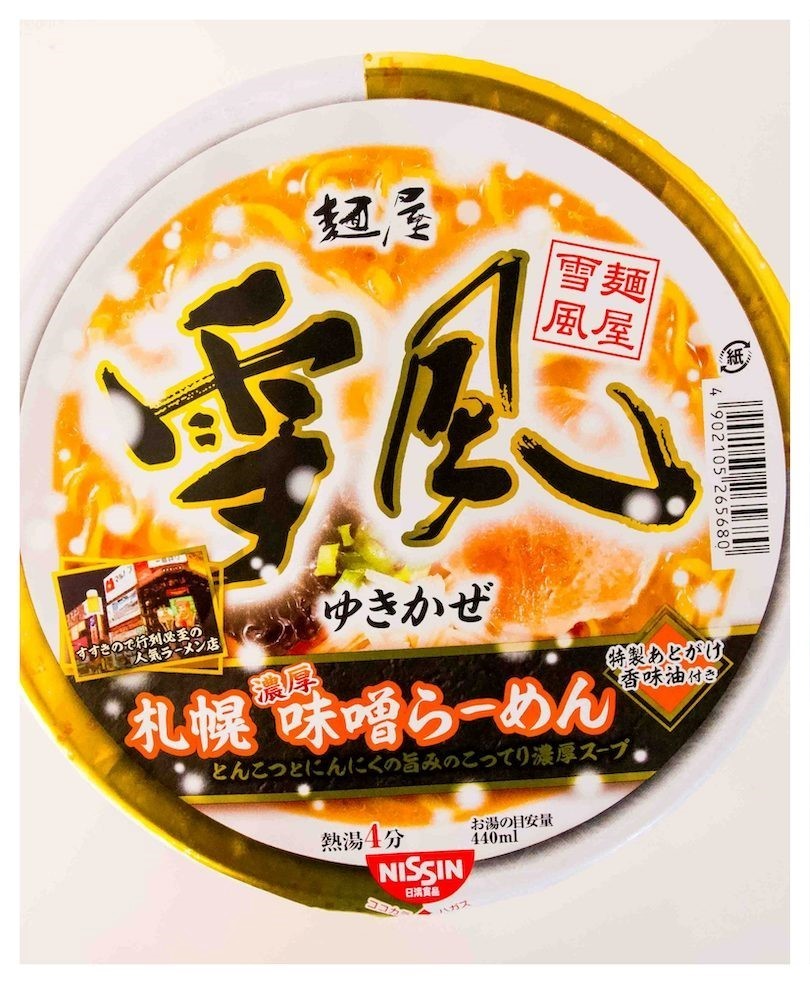 Yukikaze, a ramen restaurant in cold Sapporo, is frequently listed among Japan’s top miso ramen restaurants. They’ve been on the Tabelog Top 100 Ramen list for East Japan since 2019.

Their official instant ramen, available at Lawson, is delicious. The soup is rich, creamy, and smooth, similar to what they serve in Sapporo. There’s a distinct undercurrent of garlic, as well as a lovely miso flavor. As a result, the soup tops the list. The toppings, on the other hand, are not to be overlooked. A large piece of pork and a plethora of green and white spring onions are among the ingredients. Overall, this is a hearty dish with plenty of thick, hearty noodles. 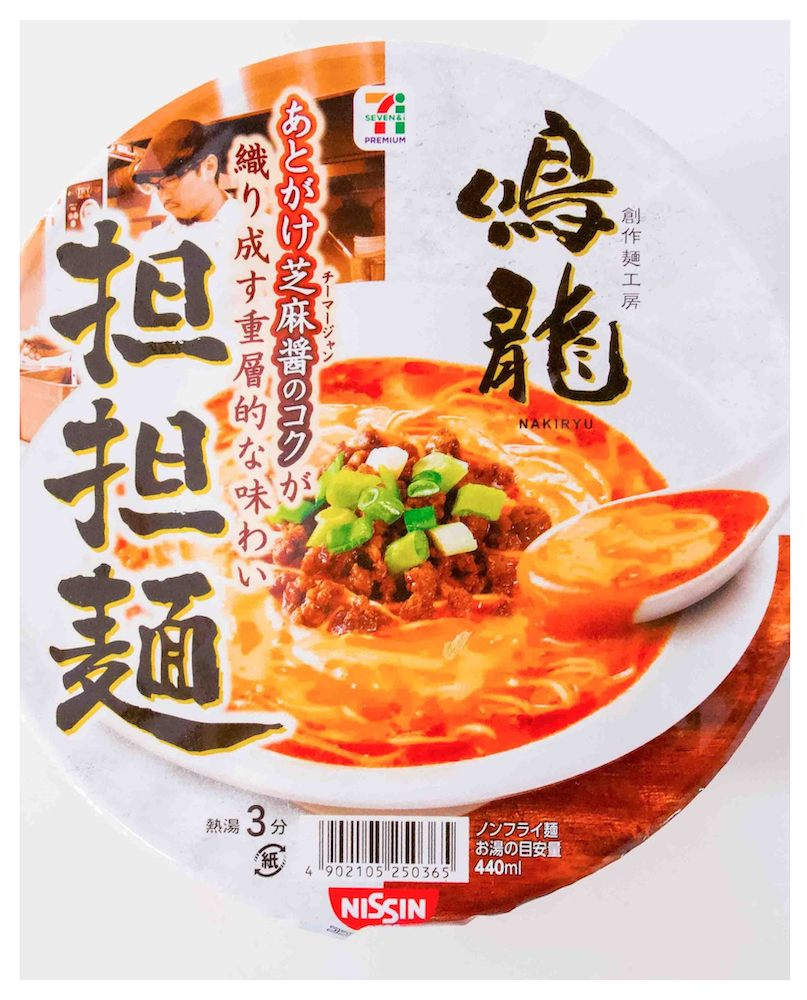 It’s incredible. The soup has a lot of flavor layers. The warmth of the chicken bones mingles with the spiciness of the chile oil and the gentler nuttiness of the sesame paste. There’s also a hint of sourness from the apple vinegar. In essence, there is a lot going on with the soup. But it’s all in good proportion. Thin noodles are used in this dish. It features minced pork instead of chashu (braised pork) slices (most common in Chinese tantanmen). 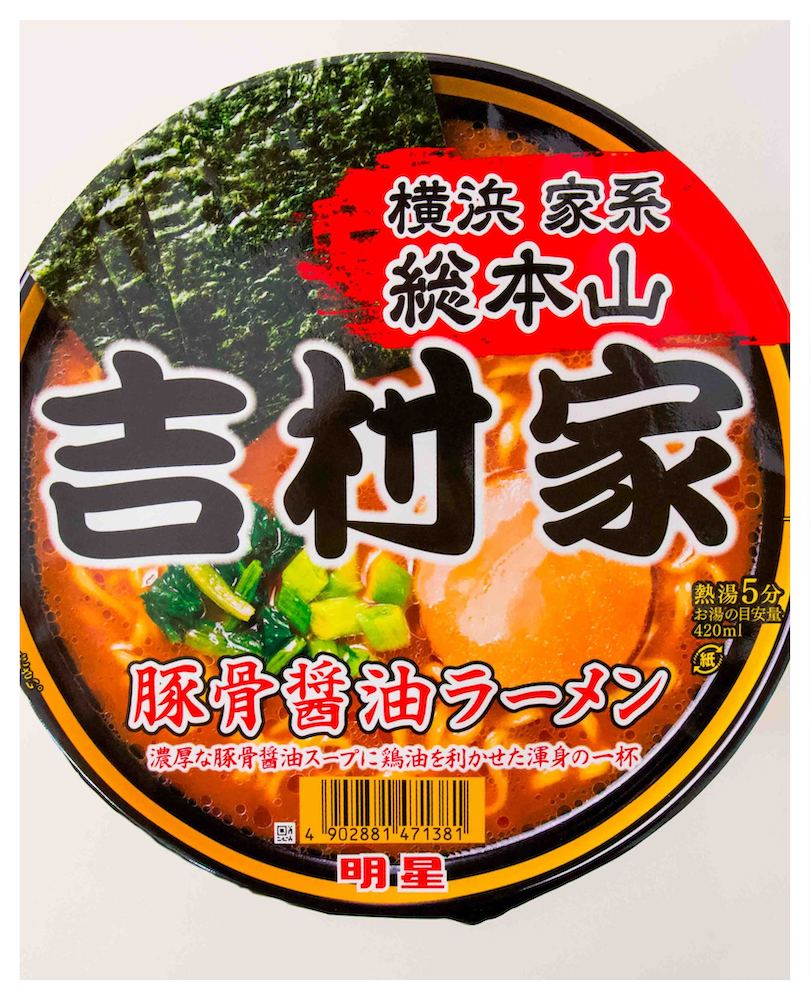 Yoshimura-ya is one of the most well-known ramen restaurants in Japan. They created “Yokohama style” ramen in the 1970s, a powerful, creamy, tangy soup prepared with shoyu (soy sauce) and tonkotsu (pork bones). Typically, the noodles are exceptionally thick.

They aim to cram as much flavor as possible into their instant ramen, and they generally succeed. It even has chicken oil in it, which gives the soup an extra kick. Seaweed, spinach, and thick noodles to lap up the nourishing broth are further features of this Yokohama-style ramen. The pork chashu sticks out in particular. Some say I t’s one of the best instant ramen they’ve ever had. 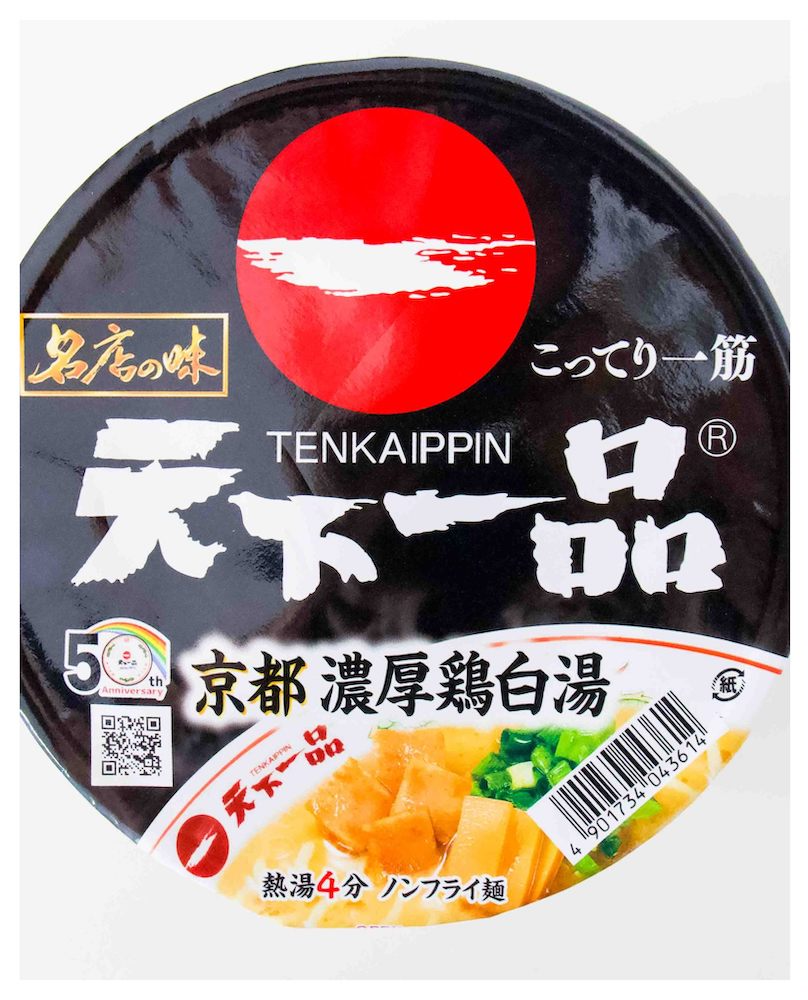 Kyoto-based Tenka Ippin has grown to be one of Japan’s largest and most well-known ramen franchises, with some of the country’s most ardent ramen aficionados. Assari (light) and kotteri (heavy) chicken ramen are available, but the luxurious kotteri soup is by far the most popular. As a result, their quick ramen is naturally focused on the heavier alternative.

It’s crazy how similar the instant ramen soup is to the soup you can get in a Tenka Ippin. It’s brimming with a powerful chicken taste. The quick version, on the other hand, is sweeter, thanks to the addition of green and white spring onions. The toppings are completed with bite-sized bits of pork and crispy bamboo shoots. The noodles are thin, although not as thin as the tantanmen served by Nakiryu. 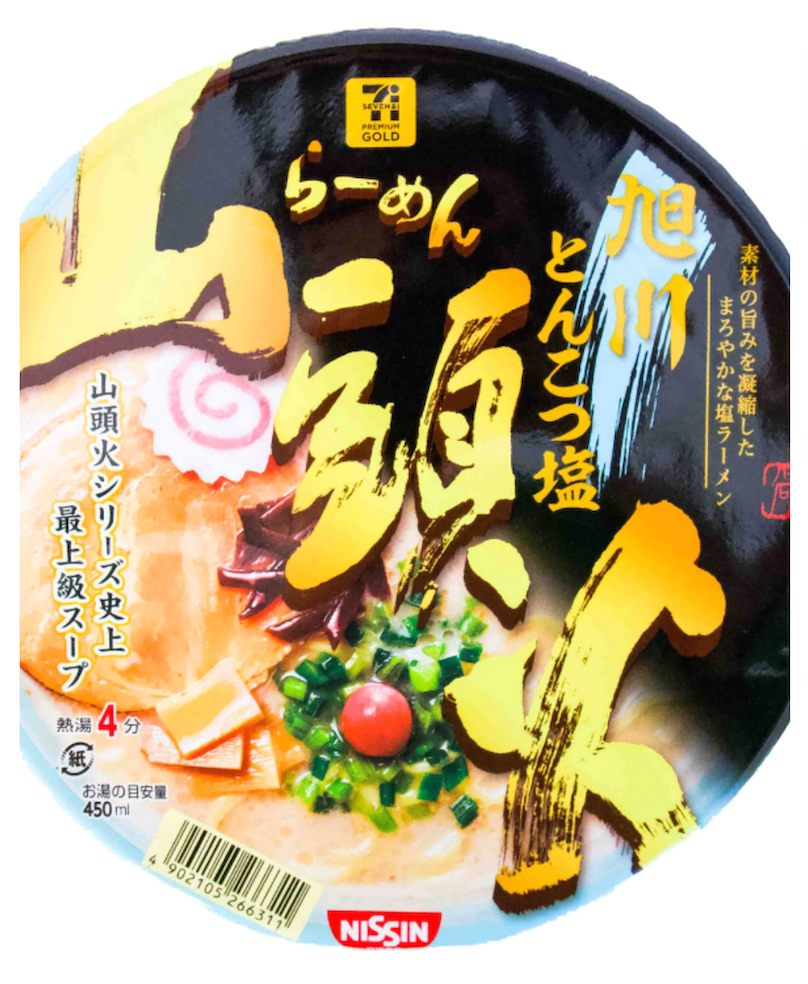 The headquarters of Santouka are in Asahikawa, Hokkaido. They were one of the first ramen groups to travel onboard when they originally started in the 1980s. They now have more branches (41) outside of Japan than they have in Japan itself (13). While their popularity in Japan has waned recently, they are still a historically significant ramen group.

They’ve made one of the most delicious quick ramens ever. Santouka’s salt-seasoned, velvety tokotsu soup is highly irresistible, and their instant ramen accurately replicates it. It even comes with their famous ume plum topping. This adds a tangy, sour note to the otherwise creamy soup. 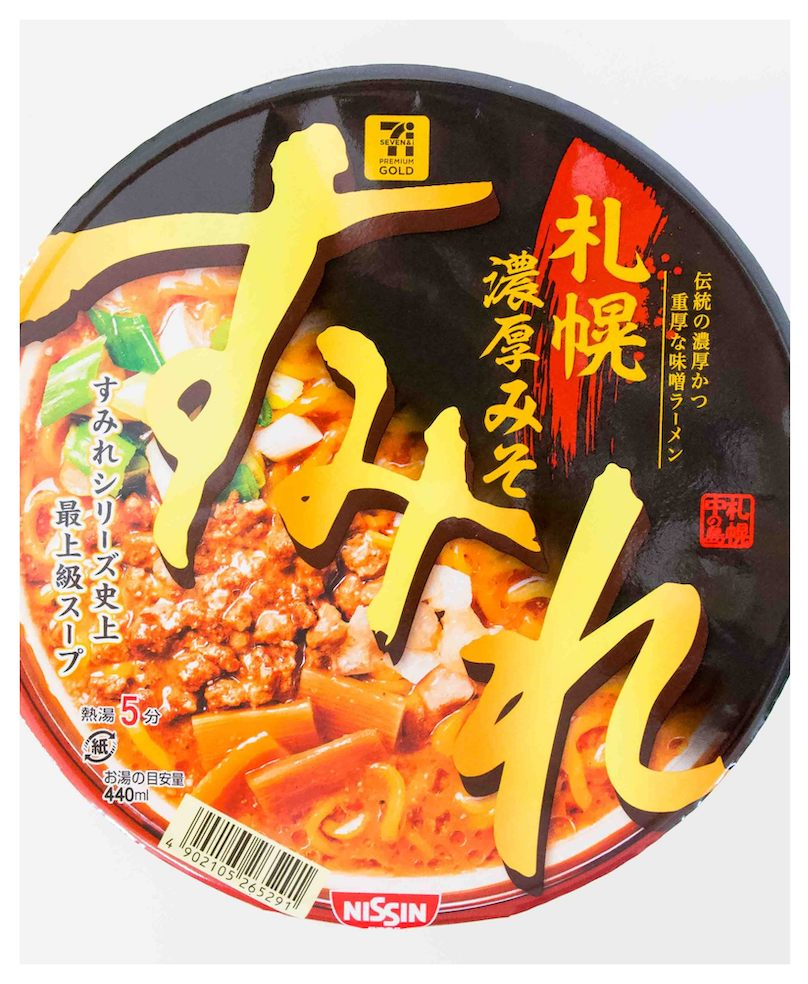 Over the years, this instant ramen from Sapporo-based Sumire has been one of 7-Eleven’s biggest sellers. A thick layer of pork lard coats the soup, similar to what you’ll find at any of Sumire’s miso ramen restaurants. This pork lark is as practical as it is delicious. Winters in Sapporo are notoriously harsh. The pork fat absorbs the heat, ensuring that your instant ramen stays hot throughout! This one also has thick Sapporo miso ramen noodles, which are a genuine delight.

Ramen with truffle shoyu from Tsuta 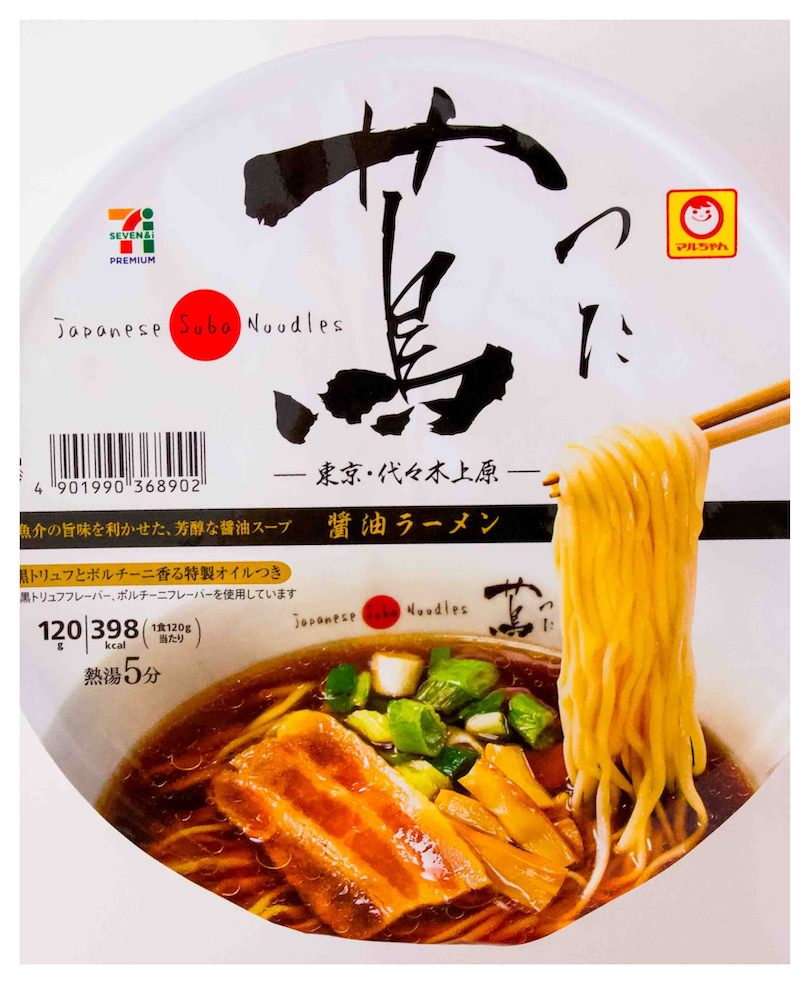 There’s truffle and porcini mushroom oil in this quick shoyu ramen! Tsuta would undoubtedly win the award for “best luxurious instant ramen” if such a thing existed. Tsuta was the first ramen restaurant in Tokyo to be awarded a Michelin star.

Despite the fact that they no longer have a star, they continue to play an important part in the ramen scene in Japan. Tsuta’s official instant ramen represents their forward-thinking attitude. Who can say no to truffle oil, after all?