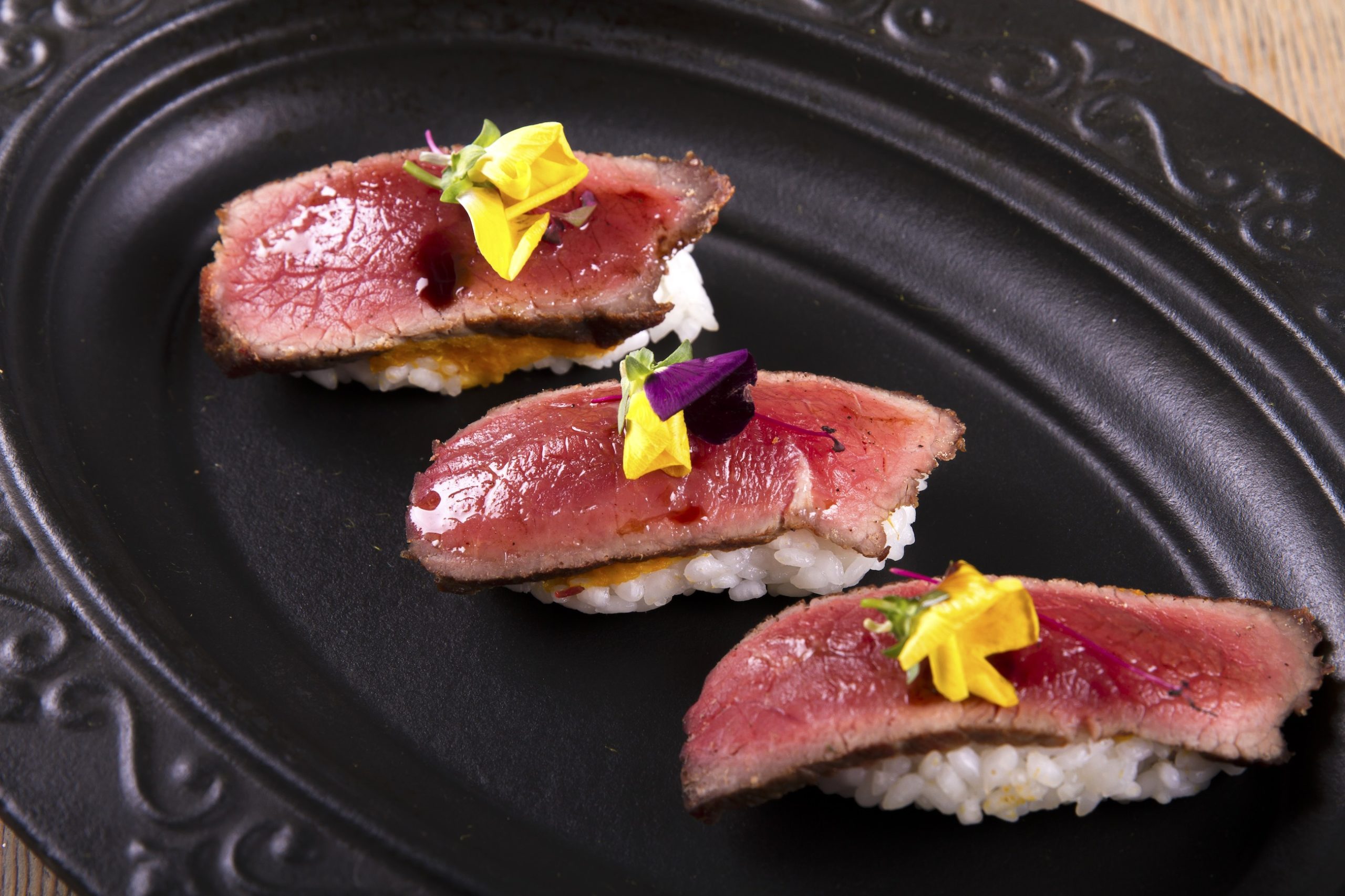 When it comes to high-quality cuisine in the Kansai region, Osaka is far from alone. Welcome to Hyogo Prefecture, where Kobe beef isn’t the only delicacy.

Despite its legitimate moniker as “Japan’s Kitchen,” Osaka does not have a monopoly on high-quality cuisine in the Kansai region.

Hyogo is a large region in Japan that includes Okayama to the south, Tottori to the west, and Osaka and Kyoto to the northeast. As one might assume, such a large area allows for a wide range of cooking concepts and influences. Here are the top five native specialties that made Hyogo popular.

Okay, this was a no-brainer, — we may have been a little hasty in proclaiming the obvious. However, Kobe beef is so succulent, flavorful, and unabashedly pleasurable to eat that failing to mention it while discussing Hyogo cuisine would be sacrilege. Yes, most of the stories about cows being fed beer, massaged, and other such things are genuine.

Kobe beef is often pricey, but to many, it is well worth the money. It is also quite adaptable, and can be prepared in a variety of ways. Of course, the traditional steak is the most popular method. If you’re on a budget but still want to try this most delightful of delicacies, we’ve got a suggestion for you.

The historic Kobe Chinatown, known as Nankingmachi, is located at Motomachi station, one stop away from JR Sannomiya station in Kobe. Nankingmachi is a network of streets and lanes united by a central square with a variety of Chinese restaurants, groceries, and souvenir shops.

Today, though, we will not be eating Chinese food. When you go to the center of the square, you’ll see what appears to be a “burger van.” This stall is well-known for its Kobe beef. You will have two options. You can have your Kobe beef in a burger bun with salad and sauce, or you can go another option of a basic tray of beef slices with your favorite spice. 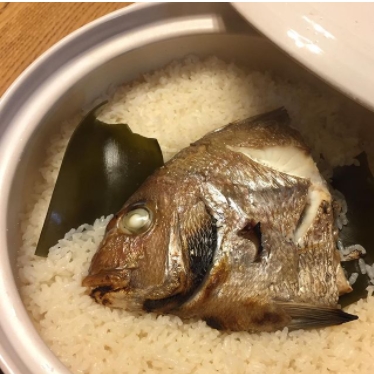 Sea bream and steamed rice may not seem like an unusual pairing, but in the case of taimeshi, it’s a winning combo! This, like akashiyaki, is a bi-product of the local love of seafood, made possible by a steady supply of high-quality fish arriving via the Akashi Straight.

The rice has its own distinct flavour, which is enhanced by a blend of indigenous herbs and spices. The sea bream is steamed with salt, ginger, and soy sauce on the side. The way the ginger, salt, and oils from the fish soak into the somewhat underseasoned rice creates a dish with a flavour that lingers with the diner until the very last bite! Sea bream isn’t inexpensive, and the most typical type of taimeshi, which includes an entire sea bream on the rice, may costs you a few thousand yen in some of the more upscale eateries. It is, however, well worth it. 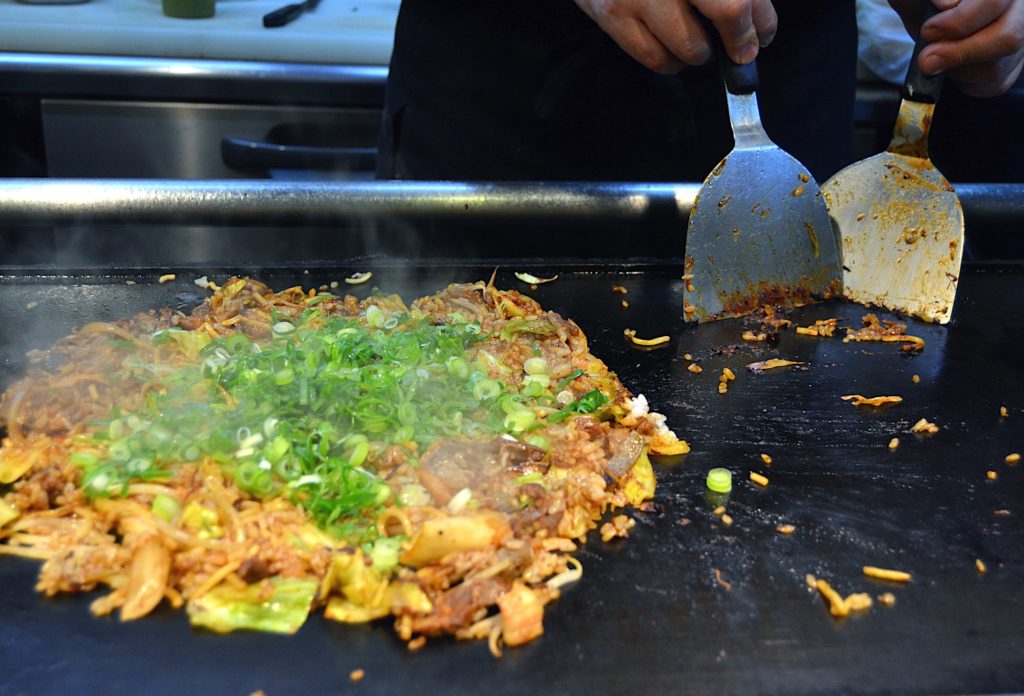 Of course, we don’t always require the opulence of a sea bream or the elegance of a tea establishment. We sometimes just want some delicious, uncomplicated meals to help us recover from our 2-hour all-you-can-drink beer fest!

This is where sobameshi really shines. As the name implies, it’s a basic combination of fried rice and fried soba noodles in a sweet sauce, frequently topped with chicken or pork, spring onions, and a fried egg for good measure. 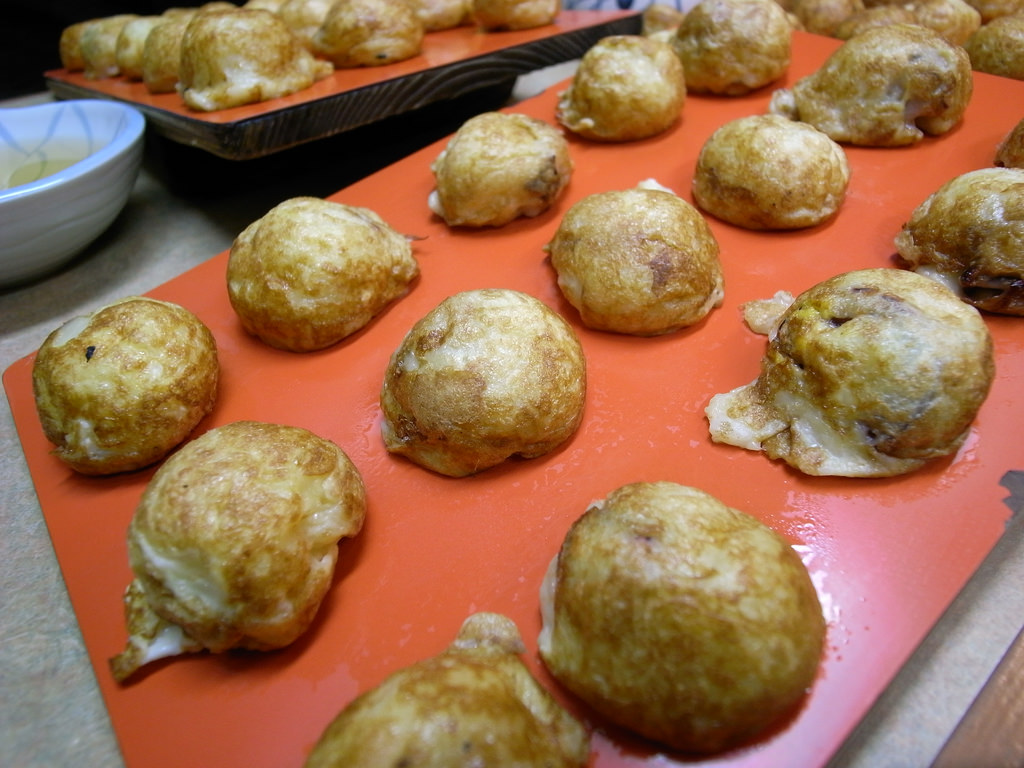 Ok, we’ve all heard of takoyaki (octopus dumplings), those fluffy batter balls filled with octopus and eggy goodness. Have you heard of akashiyaki, its Japanese cousin?

The consistency and specific content of akashiyaki, like takoyaki, vary from location to place. Akashiyaki, on the other hand, is more softer and more delicate than Takoyaki. The softer batter is filled with a soup including, among other things, kelp and bonito flakes, rather than a solid, such as the octopus used in Takoyaki. As a result, when eating akashiyaki, you must be cautious. When you pick up takoyaki with a cocktail stick, it’s likely to end up messy.

However, your reward for being careful and sticking with it is a taste experience you’ll never forget. In your mouth, it virtually dissolves. Akin to the meals served at a typical Chinese tea house, akashiyaki is similar in several ways. Also, because there is no one-size-fits-all akashiyaki recipe, it’s a good idea to try a few different places in the area to get a feel for the diverse flavors. 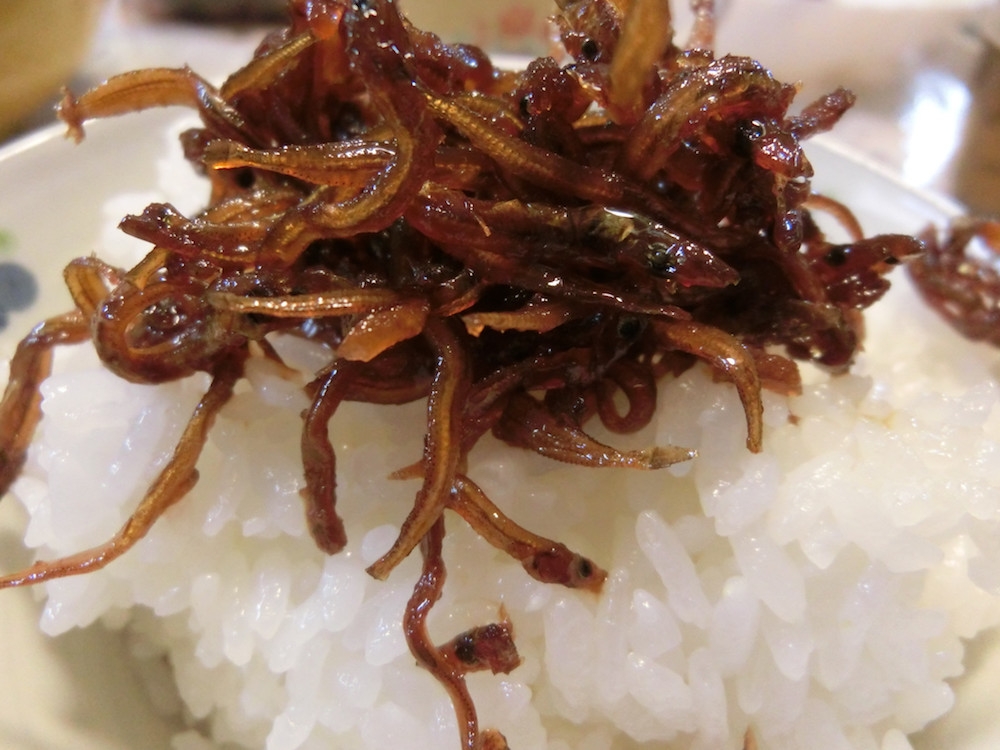 Have you ever been to an aquarium and seen those strange, long, skinny fish that look like earthworms and are half-buried in the sand? Sand lance, or ikanago, are what they’re called in Hyogo, and they’re quite tasty. Surprisingly, the dish’s name loosely translates as “simmered nails,” because to the curled up, brown shape that the sand lance take on while they boil, resembling rusted nails.

The sand lances are cooked in a sweet rice wine and ginger-based sauce, which gives them their brown hue. If, on the other hand, you prefer to pair your meal with your drinks, a dry rice wine will complement the dish’s contrasting sweetness. Whatever your tastes and budget, Hyogo has plenty of food to offer. When you’re in town, be sure to try some of these delectable delicacies!