Home » The Best Places in Kanto to See Autumn Leaves

The Best Places in Kanto to See Autumn Leaves 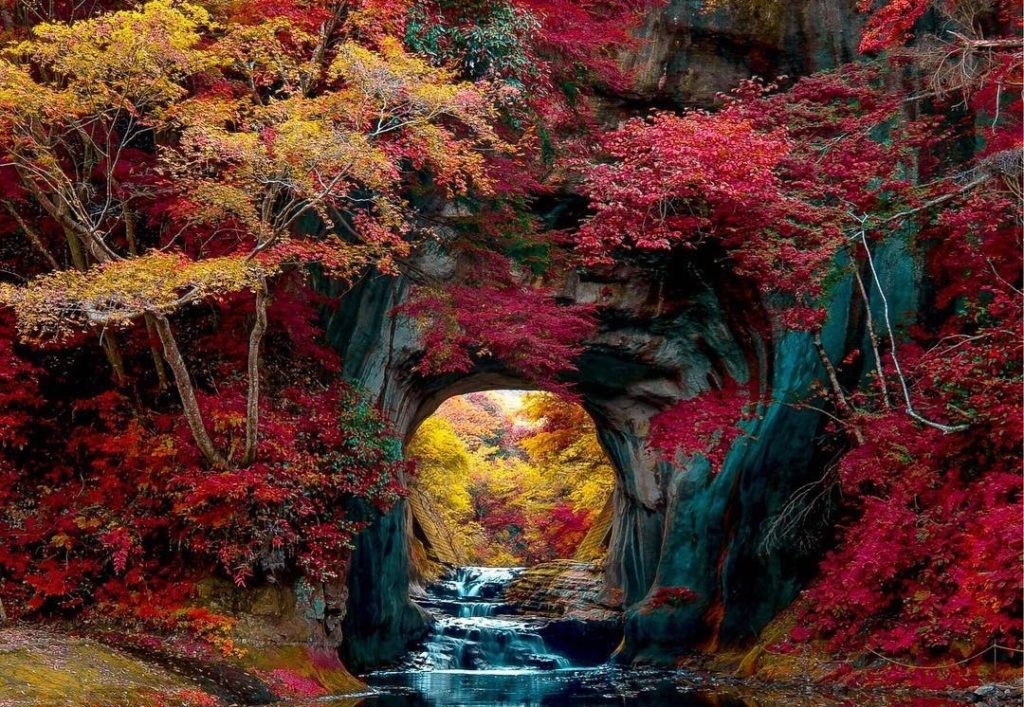 Explore Kanto’s gardens and valleys in Tokyo and beyond.

While many people only know Tokyo, the Kanto region also includes six other prefectures: Kanagawa, Saitama, Gunma, Tochigi, Chiba, and Ibaraki. The best time to see autumn leaves varies. It usually occurs between the end of October and the beginning of December. The first to turn colors in the region are Ibaraki and Tochigi.

Everyone is looking forward to cooler fall weather after a scorching summer and being pelted with rain during typhoon season. Thankfully, Kanto boasts a plethora of scenic sites in Tokyo and more that show a full spectrum of fall colors.

There’s Mount Takao for the outdoorsy but maybe not for those among us who want to enjoy a more leisurely autumn trek. The modest top, at only 599 metres above sea level, provides a spectacular backdrop of colour and a breath of pure mountain air. Take the cable car or chairlift halfway up the trail if you’re feeling lazy.

Todoroki Valley in Tokyo is ideal for people who don’t want to leave the city but still want to be surrounded by nature. For a quiet respite from the crowds, take your time walking the kilometer-long trail along the Yazawa River and across the red bridge. 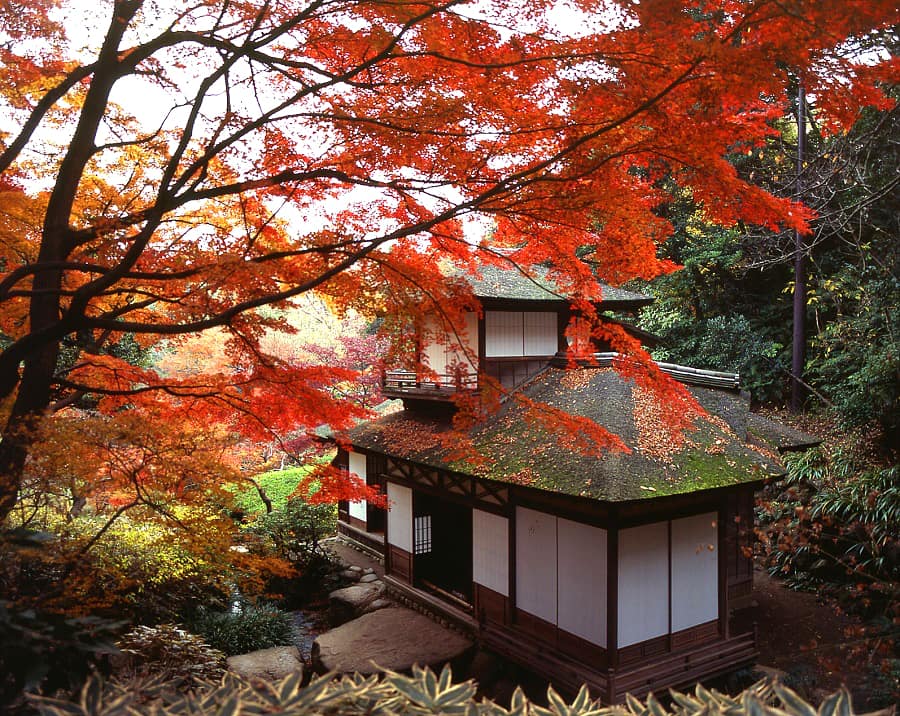 This serene park in Yokohama, Japan’s second-largest city, is transformed into an autumn paradise by vibrant red and golden-hued leaves. The enormous garden, which includes a three-story pagoda brought from Kyoto, is large enough to feel uncrowded.

Take an adventorous walk across Ibaraki’s Shiomitaki Suspension Bridge for one of the most breathtaking koyo experiences you’ll ever have. Camping is available in the valley, or you can simply take a quiet trek around the gorge.

Hiking, fruit harvesting, and, of course, hot springs are all available in this delightful onsen town in Gunma, which is set against a beautiful autumn landscape. Take the Ikaho Ropeway to the top of Mount Monokiki, then stroll down the trail to Ikaho Shrine and Kajika Bridge. The brilliant red bridge is the most popular koyo location in the neighbourhood, and it is illuminated at night. Finish with a dip in one of the open-air hot spring spas.

Koishikawa Korakuen, one of Tokyo’s oldest Japanese landscape gardens, was built for the Tokugawa clan during the Edo period (1603-1868). The full moon bridge is the most popular photo site in the garden, which is inundated with beautiful red maple leaves. On-site food trucks will provide seasonal foods and Japanese sweets, allowing you to sample the pleasures of fall while enjoying the scenery.

Meiji Jingu Gaien, located in the heart of Tokyo, is one of the most popular koyo sites in the city. Around 150 golden trees line the avenue for around 300 metres, creating a stunningly dazzling tunnel. At the Jingu Gaien Ginkgo Festival, savor regional food from all around Japan after a brisk walk down the tree-lined road. Meiji Jingu Gaien is blanketed in a golden carpet after the leaves have fallen and left the trees barren. It’s just as lovely as seeing the leaves still on the branches.

From the end of October to the middle of November, Shoyo-en Garden, on the grounds of the ornately decorated Rinno-ji Temple, has a flaming nocturnal light display. Head up to Chuzenji Lake to bask in the autumn landscape away from the crowds of visitors if you want to really immerse yourself in Tochigi’s abundant nature. 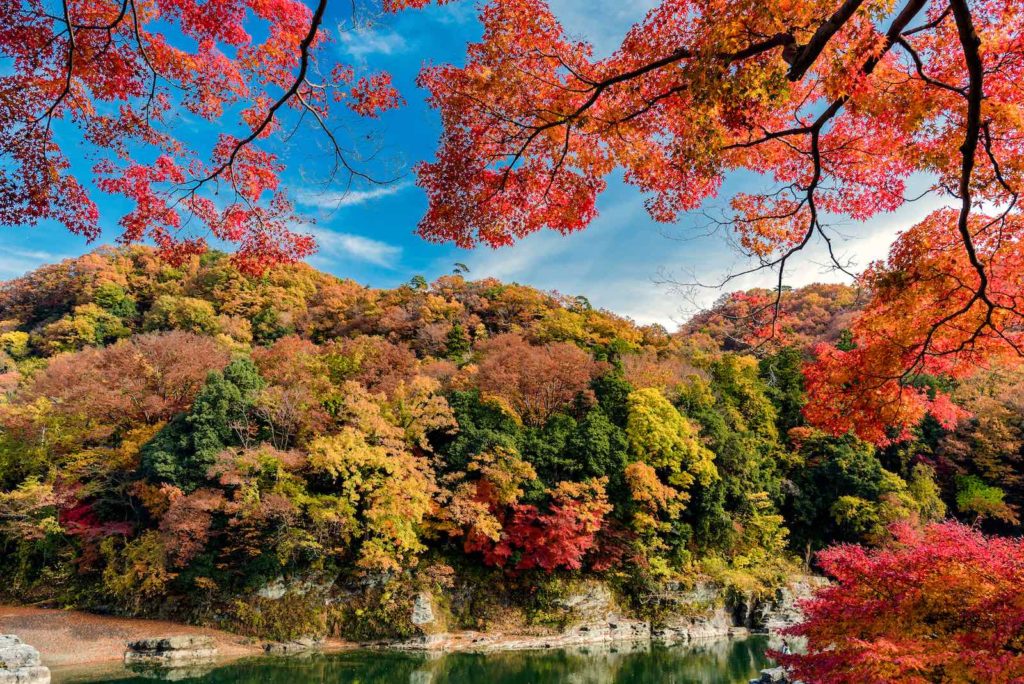 Nagatoro’s mountains and rivers offer not only superb trekking options but also multiple vantage spots for autumn foliage. Ride the ropeway to the top of 497-meter Mount Hodo to see the sea of red and gold below, or visit Tsukinoishimomiji Park at night to see the nighttime illumination. 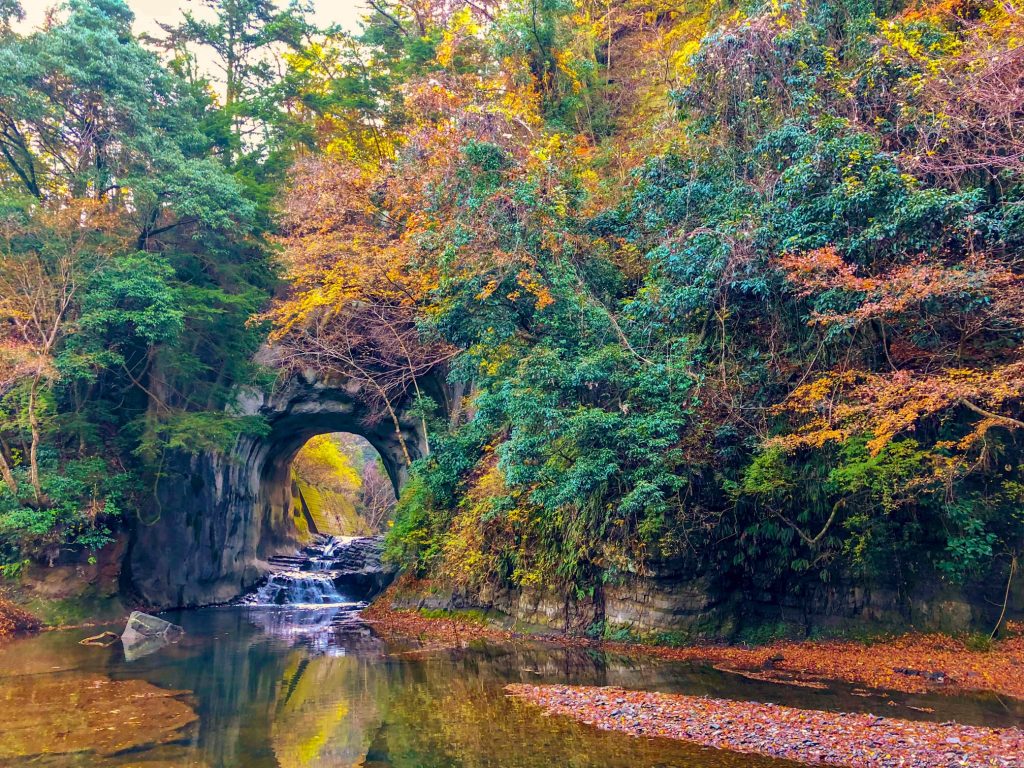 This mystical cave, where if you visit at the right time, you can see an image of a heart mirrored in the water. This site became renowned after being featured on National Geographic. Even if you can’t visit during the period when the heart image appears, Kameiwa Cave is magical at any time of year. The cave’s opening is ringed by deep crimson and yellow in the autumn, creating a spectacle so magnificent you have to see it to believe it.