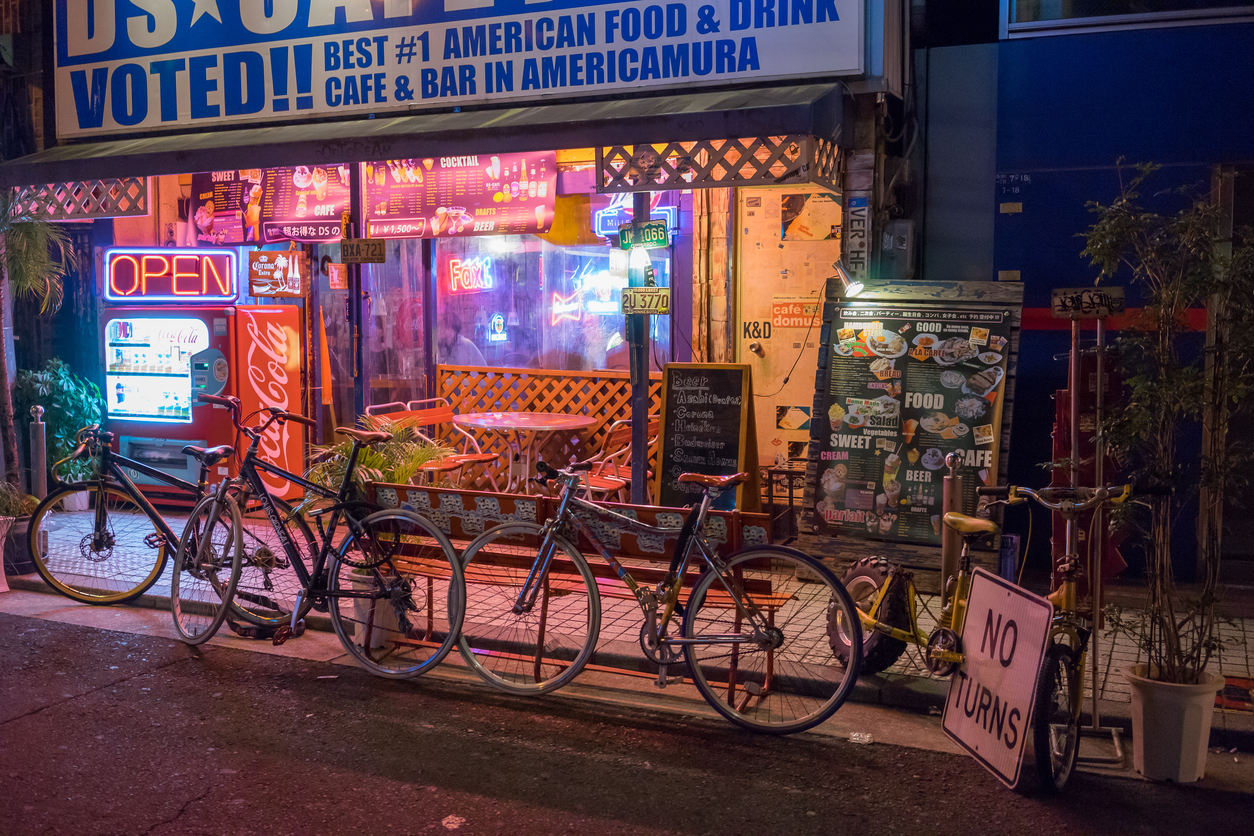 Looking for Murica? There’s no better place to visit than America-mura, a very groovy neighborhood full with retro shops, record stores, and restaurants.

This American enclave, being Japanese, offers Western culture with a twist, as well as some of the best people-watching in the city.

Once upon a time, the now-thriving area was littered with abandoned warehouses and parking lots. When a hip café debuted in 1969, it drew in a lot of young people and artists. A group of friends decided to intentionally expand their neighborhood in order to foster their developing community. There were plenty of warehouses and storefronts to choose from, so they opened a store and started selling those items that the region is today known for: records, vintage clothing, and quirky trinkets. Many of these products were imported from the United States and were still considered uncommon in Japan. People started flocking there because of the interesting shopping experience and unique atmosphere.

The neighborhood had grown and drew numerous visitors by the 1980s. The neighborhood was dubbed Amerikamura, or “American Village,” by the local press, which is sometimes abbreviated to “Amemura.” Seitaro Kuroda, one of the founding members, painted “Peace on Earth,” a mural depicting a giant dove that may still be viewed today.

By the 1990s, the area had become more mainstream, with huge firms such as Big Step and OPA, as well as shopping malls with midrange and upmarket stores, settling in. Clubs, bars, and movie theatres sprung up to capitalize on the critical mass of youth culture, and the number of stores expanded to over 2500.

Amemura continues to be a destination for the young and fashionable. It’s popular with expats, visitors, and residents alike. On a sunny Saturday, it’s nice to spend the day sitting outside one of the many cafes, watching the inhabitants pass by in their unique garb.

Amemura appears to be in motion these days. If you go today, you’ll see that there are new restaurants and businesses that weren’t there a month ago. It’s become a mecca for foreign cuisine, with top-notch burgers, eggs benedict, a plethora of pancake cafes, excellent coffee, pie, pizza, and the list goes on.

Directions to the Location