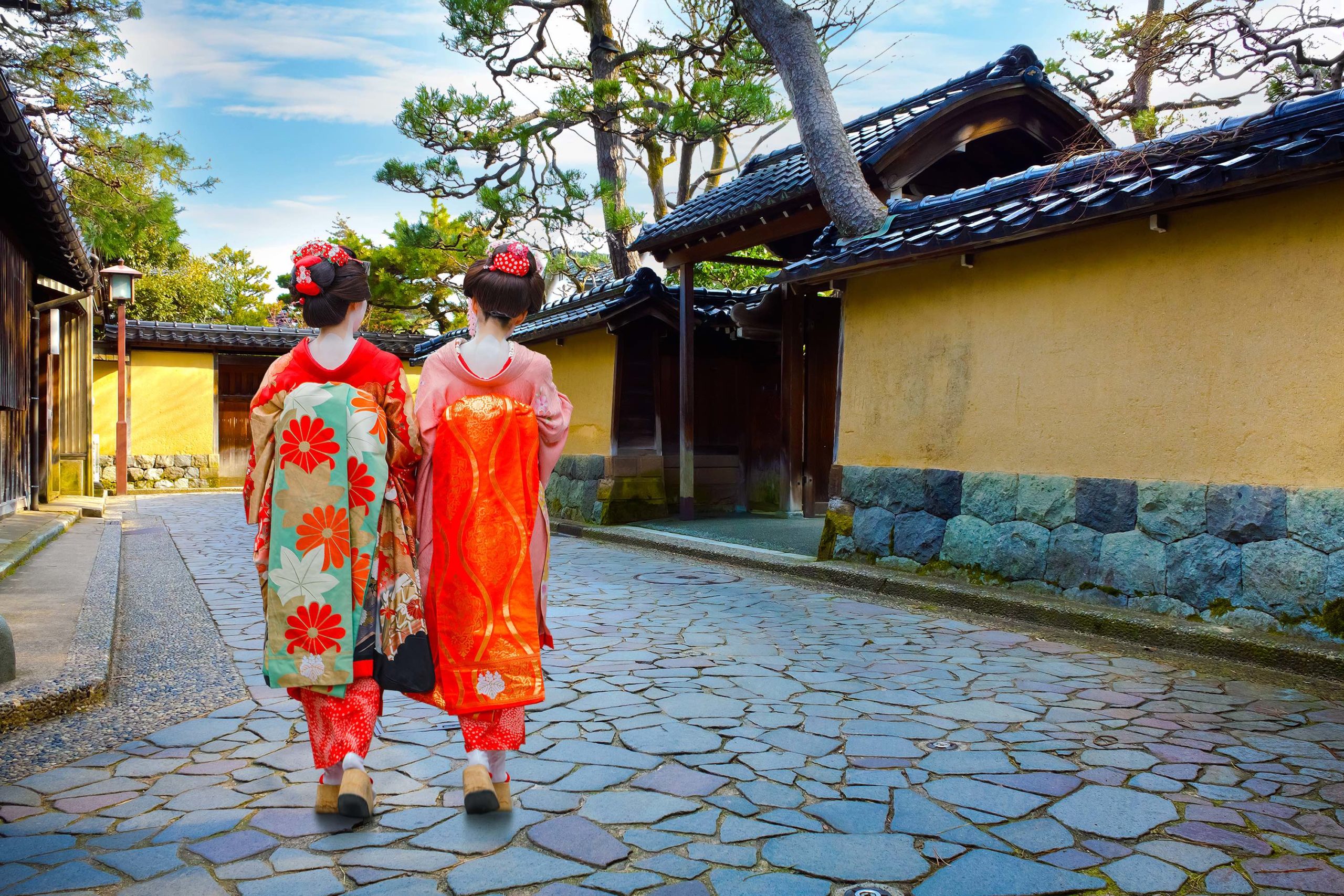 Kyoto’s rival is a city with the same beauty and historical significance as Kyoto, although it is considerably more compact.

In the shadow of its famed sister, Kyoto, Ishikawa’s capital city has remained relatively peaceful. Kanazawa, like Kyoto, escaped bombardment during WWII and is currently one of Japan’s best-preserved Edo-period cities. It has all of the expected shrines, temples, castles, and ancient areas, as well as localized attractions including insight into the powerful Maeda samurai clan.

Kanazawa, located in the rugged Hokuriku region, was long difficult to reach for tourists, but thanks to the introduction of the Hokuriku Shinkansen line in 2015, its popularity has soared. Kanazawa is easily accessible due to its small size and quantity of visitor information available in English and other languages. It’s a great place to visit for everyone from first-timers to seasoned Japan travelers.

Simply meandering about Kanazawa’s different historic districts is one of the city’s most wonderful experiences. Traditional entertainment venues where geisha served wealthy clientele in magnificent tearooms are divided into three picturesque chaya districts. The largest is Higashi Chayagai, which is also the best spot to go for high-end souvenirs that you won’t find anyplace else.

Kanazawa is a UNESCO City of Crafts and Folk Art because of its rich artistic history, so you’ll discover hand-painted ceramics and hand-dyed silks, as well as lots of gold leaf products to bling up your homeware collection.

Nishi Chayagai and Kazuemachi are two smaller, less-traveled areas where venerable companies continue to service the city’s upper crust. If you look about, you’ll discover some nice restaurants and bars.

The peaceful Nagamachi Samurai District, which was originally home to samurai families, is well worth seeing. The majority of the structures are now private dwellings and cannot be accessed, but a few museums, renovated homes and shops offer an insight into the neighborhood’s history.

Admire Kenroku-floral en’s architecture, which is one of Japan’s “Three Great Gardens.” Though tea service is available throughout the city, Kenrokuen’s teahouses are ideal locations from which to take in the garden’s breathtaking beauty. Kanazawa Castle Park, the former residence of the royal Maeda clan, is directly across the street. Impressive gates and stone remnants may be found in the adjacent park, while exhibitions inside the restored castle provide information about the castle’s history and architecture.

There are many of shrines and temples to visit in the area, but Myoryuji stands out as a truly unique site. If you’re interested in spies, ninjas, and secret trapdoors, book a guided tour of this temple to learn why it’s known as “ninja-dera” (ninja temple).

It served as a covert military post from which concealed samurai could defend the feudal lord, while also serving as a Buddhist temple for the Maeda rulers to worship in. Hidden staircases, optical illusions, trick doors, and more will be revealed on this never-endingly surprise journey.

The 21st Century Museum of Modern Art is one of Japan’s top contemporary art museums, despite its location in such a conventional city. It has a permanent collection of surprising interactive pieces, as well as rotating temporary exhibits that showcase the best of local and international artists. It also serves as a public community center, offering a pleasant and unpretentious environment for everybody to enjoy.

What You Should Know

Buses between Kanazawa and other popular sites in the vicinity are operated by Nouhi Bus and Hokutetsu Bus (3390 and roughly 2 hours to Takayama, 1850 yen and 1.5 hours to Shirakawa-go).